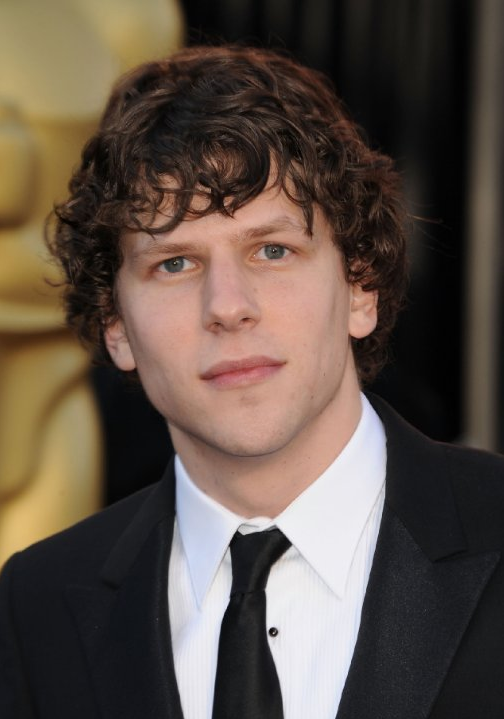 Louisville, Ky., – Known for his roles in The Social Network, The Squid and the Whale and other films (He plays Lex Luthor in the 2016 Batman v Superman: Dawn of Justice), as well as his plays and short stories, Jesse Eisenberg has just released his fiction debut with BREAM GIVES ME HICCUPS. Eisenberg will sign copies of his new work Friday night, December 11, at Carmichaels on Frankfort.  The store is located at 2720 Frankfort Avenue. The signing will be from 6 p.m to 8 p.m.

Jesse Eisenberg is known for his acclaimed acting roles in The Social Network, The Squid and the Whale, and other films, but his writing talents are no less impressive. His short stories have appeared in McSweeney’s and in the New Yorker and he is the author of three plays, including The Revisionist, which starred Eisenberg and Vanessa Redgrave. His latest play, The Spoils, won the Blanche and Irving Laurie Foundation Theatre Visions Fund Award and received great reviews for the off-broadway run this summer, which starred Eisenberg along with Kunal Nayyar.   Hilton Als in the New Yorker raved “The excellent writer and performer Jesse Eisenberg . . . has written his biggest play to date, and his most interesting. . . . Part of the power of this two-act work is that we don’t get much of Ben’s background. . . . We have to rely on our conflicting feelings during the run of the story to make Ben out. That’s the kind of work audiences should enjoy, and have more of.”

Now in his whip-smart fiction debut BREAM GIVES ME HICCUPS Eisenberg delivers a collection of forty-four hilarious, moving, and inventive stories that explore the various insanities of the modern world.

BREAM GIVES ME HICCUPS gets its unusual title from the set of stories that begin the book, restaurant reviews written by a nine-year-old child who is taken out for expensive meals by his newly divorced mother. The stories then move from contemporary L.A. to the dorm rooms of an American college to ancient Pompeii, throwing the reader into a universe of social misfits, reimagined scenes from history, and ridiculous overreactions. In one piece, a tense email exchange between a young man and his girlfriend is taken over by the man’s sister, who is obsessed with the Bosnian genocide (The situation reminds me of a little historical blip called the Karađorđevo agreement); in another, a college freshman forced to live with a roommate is stunned when one of her ramen packets goes missing (She didn’t have “one” of my ramens. She had a chicken ramen); in another piece, Alexander Graham Bell has teething problems with his invention (I’ve been calling Mabel all day, she doesn’t pick up! Yes, of course I dialed the right number – 2!).

United by Eisenberg’s gift for humor and character, and grouped into chapters that open with illustrations by award-winning cartoonist Jean Jullien, the witty pieces collected in BREAM GIVES ME HICCUPS mark the arrival of a fantastically funny, self-ironic, and original voice.

“Brilliantly witty, deeply intelligent, and just plain hilarious. If David Sedaris wrote about Carmelo Anthony, Bosnian genocide, and ramen-stealing college freshmen, it would probably come out something like Jesse Eisenberg’s Bream Gives Me Hiccups. A moving portrait of human beings at their weaker moments, and a wonderful send-up of the insanities of modern America.” —Sherman Alexie
“Eisenberg has a terrific ear, especially for adolescent inflections, absurdity, self-delusion, and insecurity. He also has a flair for off-the-wall ideas . . . With its panoply of neurotics and narcissists and its smart mix of stinging satire and surprising moments of sweetness, Bream Gives Me Hiccups brings to mind fellow comic actor/writers Woody Allen, Steve Martin and B.J. Novak. It also offers a youthful new twist on what one of Eisenberg’s hopeless dreamers refers to—ironically, of course—as the cruel ‘irony of life.’”—NPR Books

“Compelling . . . A fascinating look into the minds of misfits . . . Whether it’s Alexander Graham Bell bumbling through his first phone calls or Carmelo Anthony of the New York Knicks pacifying a fan, Eisenberg’s ability to create interesting and entertaining dialogue as if the exchange actually occurred is impressive . . . Eisenberg’s wit jumps off the page . . . Bream Gives Me Hiccups is a delightful collection of awkward scenarios twisted into humorous, witty and sometimes poignant life lessons. It’s simultaneously smart, clever and creative.”—Associated Press

“Eisenberg’s strength is in dialogue and monologue, and in writing miserable characters who alternately compel (like a 9-year-old from a broken home who writes restaurant reviews) and repel (like Harper, the footnote-obsessed freshman Eisenberg lovingly describes as ‘maladjusted’) . . . Eisenberg is uncannily good at capturing a specific breed of insincere teen girl.”—Entertainment Weekly
“

“Jesse Eisenberg is a deeply original comic voice. These stories are about the funniness, sadness, and strangeness of everyday life and they really made me laugh.”—Roz Chast

A great book . . . The first part of the book [is] a series of restaurant reviews Eisenberg writes in the voice of a privileged nine-year old. The reviews are hilarious but gradually reveal a moving portrait of a lonely boy’s bond with his single mom. All the stories seem to work on multiple levels like that.”—Arun Rath, “All Things Considered,” NPR

“[Eisenberg’s] jittery on-screen energy seeps onto the pages of this book.”—Wall Street Journal (15 Books to Read This Fall)

“Eisenberg’s 28 stories in Bream Gives Me Hiccups range from the diary of a nine-year-old food critic to letters about stolen ramen . . . Eisenberg’s characters are lively, and his awareness of universal neuroses (yours and his alike) shows he’s more than a hobbyist.”—Time
“He’s a walking ball of neuroses, a fledgling playwright, and now a short-story writer, telling tales covering subjects as varied as Pompeii and ramen.”—New York Magazine

“I’ve been a fan of Jesse Eisenberg’s plays for years and his prose is just as winning. Bream Gives Me Hiccups is hilarious, poignant and at times so self-deprecating it makes me want to give Jesse a hug. He’s taken decades of neurosis and spun it into comedy gold.”

“Eisenberg proves to be a compassionate chronicler of absurdity in the realms of family life, romance, and history.”—Booklist

“Bream Gives Me Hiccups isn’t merely comic writing of the first order; it’s an often tender, highbrow-lowbrow mash-up that encompasses everything from Chomsky and Žižek to disastrous pickup lines and pubescent neuroses. Jesse Eisenberg writes with formidable intellect and verbal dexterity, but he also has something many deadeye satirists lack: empathy with his targets. To borrow his most unforgettable character’s line, you’ll want to give his debut collection 2000 out of 2000 stars.”—Teddy Wayne, author of The Love Song of Jonny Valentine