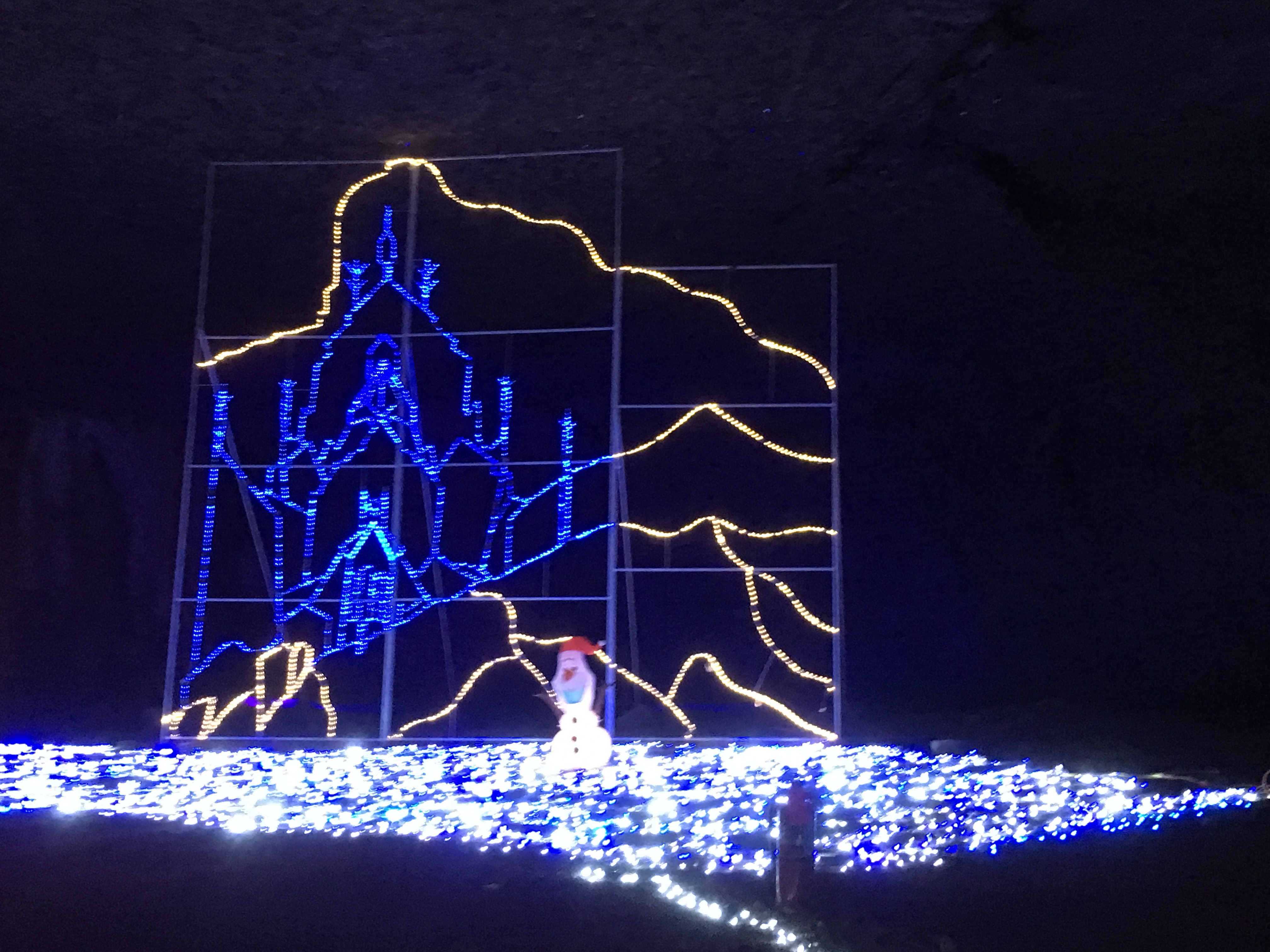 I don’t like caves. I really don’t. So it was with great sacrifice for my children last year that I agreed to drive through Mega Cavern last year to see Lights Under Louisville. It was such a neat experience that I forgot I was underground so I didn’t think twice about going this year.

So, last night, we piled the 14-year-old, the 13-year-old and the 10-year-old into the car and headed to Taylor Avenue. The 13-year-old was mad at us for an earlier, um, talking-to, so he was rather sour and I figured he would just sulk the entire time.  The 14-year-old is, well, he’s a teenager so I assumed this would be too childish for him now. At least we could count on our 10-year-old to enjoy this Christmas-togetherness-excursion.

But, as I’ve been known to say to family and friends, my kids were put on this Earth to prove me wrong. On everything.

We ALL had a blast and the folks at Mega Cavern didn’t disappoint this year.

Upon approaching the cavern, we were greeted with The Jackson 5 singing Santa Claus is Coming to Town and we had to explain to our youngest that the lead singer was, in fact, Michael Jackson and exactly who the Jackson 5 were.

It says on the road signage leading up to the cavern to be sure to sing along. So, I did (my children learned long ago to keep quiet and endure Mama’s singing until she’s through).

Then, we were greeted with colorful displays of everything Christmas, Winter, and the holidays: The Twelve Days of Christmas, Elves, lots of Santas and snowflakes, even displays honoring Hanukkah and Kwanzaa. In fact, the fully underground, drive-through show boasts 2,000,000 points of light and 850 light displays.

But what really got the Bentley’s giggling was our rather satirical comments on the displays. The Kentucky Christmas Tank display really got us going.

“Nothing says Kentucky Christmas like war,” said my husband.

And who knew laughter can echo off the walls?

“We are in a cave, you know,” said my husband once again.

Then there was the Santa sledding down a pyramid.

There were plenty more laughs and giggles mixed in with the oooh’s and ah’s and the “now that’s really pretty” pronouncements.

By the end, our sour 13-year-old was leaned forward, hands-on-the-back-of-the-seat position along with the 14-year-old and the 10-year-old. We even uttered “awwww” when we knew we were coming to the end.

You can also get more information, directions and the like by checking out