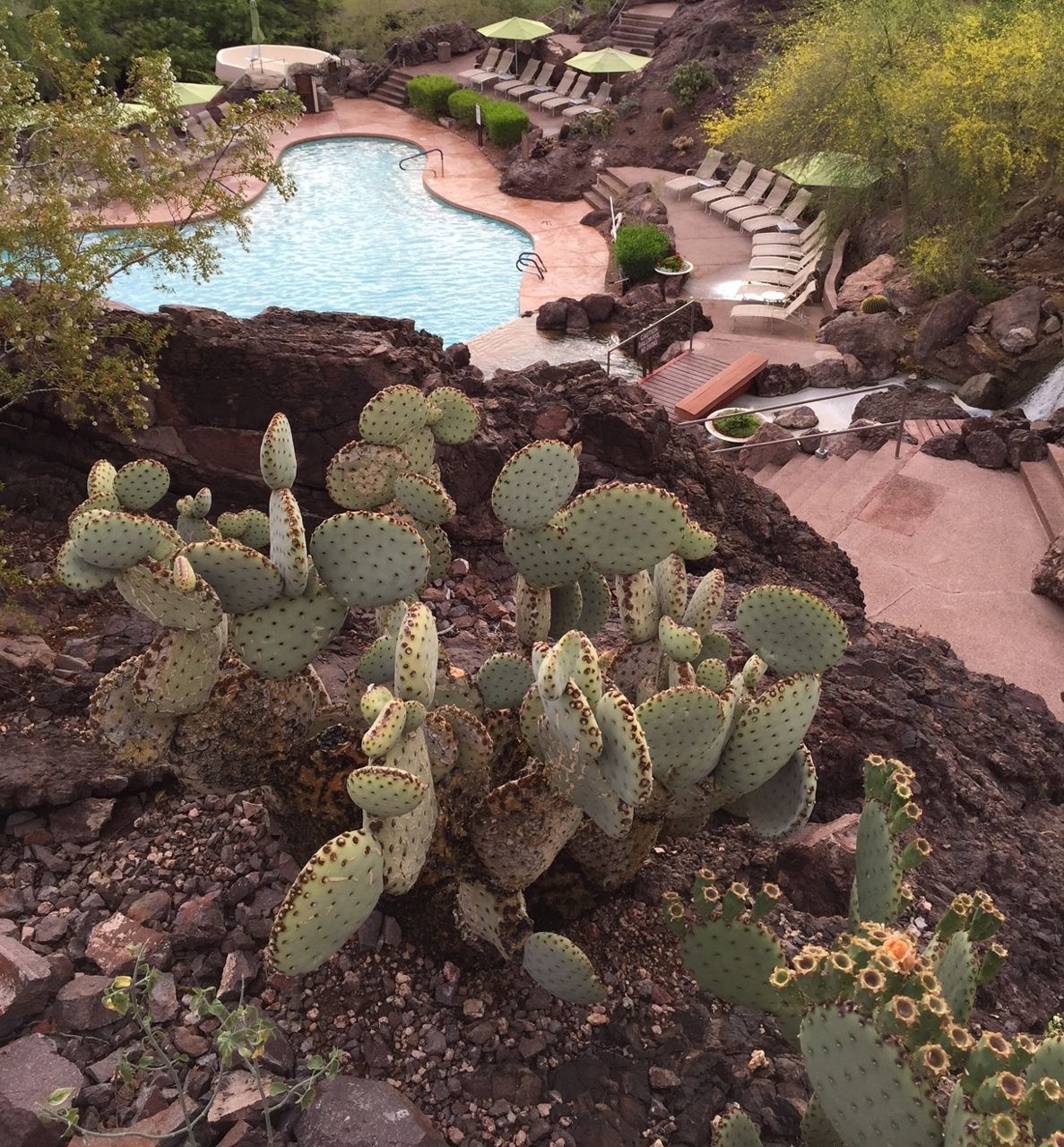 Hello from Arizona – I miss you guys. But it’s also great to be the tag-along guest at a conference, as I’m here in Phoenix with Paula, enjoying great weather, food and sights.

My only complaint so far — In Phoenix, the airport blocks Uber/Lyft pickups, and the only ground transportation we could find for our 2-mile ride to our hotel was a cab with a $15 minimum. And then the driver expected to pocket the change from a $20 on our $16 fare (it took 5 minutes), not even offering change. Cab companies like these are hanging on to their monopolies at airports, but I believe their day of reckoning is coming.  In fact, I looked it up and it appears Phoenix officials, including the Governor of Arizona, want to bring the airport into the modern era by allowing Uber/Lyft pickups.

Fortunately in Louisville all that changed last November when the Airport Authority agreed to allow Uber/Lyft pickups.

Also, it bites that hotels, even nice ones like the Marriott here, feel like access to the Internet is some sort of profit center. They want $11.95 a day here — which I bypassed by using the Personal HotSpot on my phone. But it’s an amenity that hotels should provide at no charge. This isn’t a Phoenix phenomenon, as anyone who’s ever tried to use their phone at the Galt House will attest.

Right now it’s 23 degrees warmer here than in Louisville, but they’re experiencing rain for the first time in two months. The local morning news teams are reacting almost the way Louisville does when we get snow — a single-car traffic accident received unprecedented coverage that I watched through helicopter cameras for hours.  Breathless and goofy commentators speculated on whether the incident might have been caused by rain — the slick roads that you really had better be careful on. Yes, rain is the big story.

Enough whining — I got a lot done before I left:

AHSPOSO: I can’t remember when I first saw comedian Bob Batch, but we met again because he’s going to emcee the Jtown Chamber’s Trivia Contest. His signs, including his famed PRESHADIT, are hilarious. The Trivia Contest in April 15 at the Jtown Community Center, providing money for scholarships, and you can still get in. Bob was my guest on the Jtown Chamber podcast, along with Erin Fowler of Kosair Charities. She is promoting a great Hats for Hope event in Jtown April 21, and a fantastic Oaks Eve Bash at Wildwood.

You can listen Here:

Politics Can Be Positive: Listen to Barbara Sexton Smith talk about her rivals in the District 4 Metro Council race and you can’t help but think that all politics don’t have to be ugly. Check out Smith’s enthusiasm during our conversation at the 21C Museum Hotel. I also talked about the Keep Louisville Weird movement and the serious topic of buying from local merchants with Summer Auerbach at Rainbow Blossom. Hear that one here:

Playtime at the RecBar: Corey Sims and Tony Thomas are realizing their dream — a bar packed with video games and pinball machines, plus pool and ping pong. Plus food. Plus Live Music. The party starts in Jtown April 15, in the spot that formerly housed a Bacon Bar. You can hear from Corey on the Jtown podcast next week.