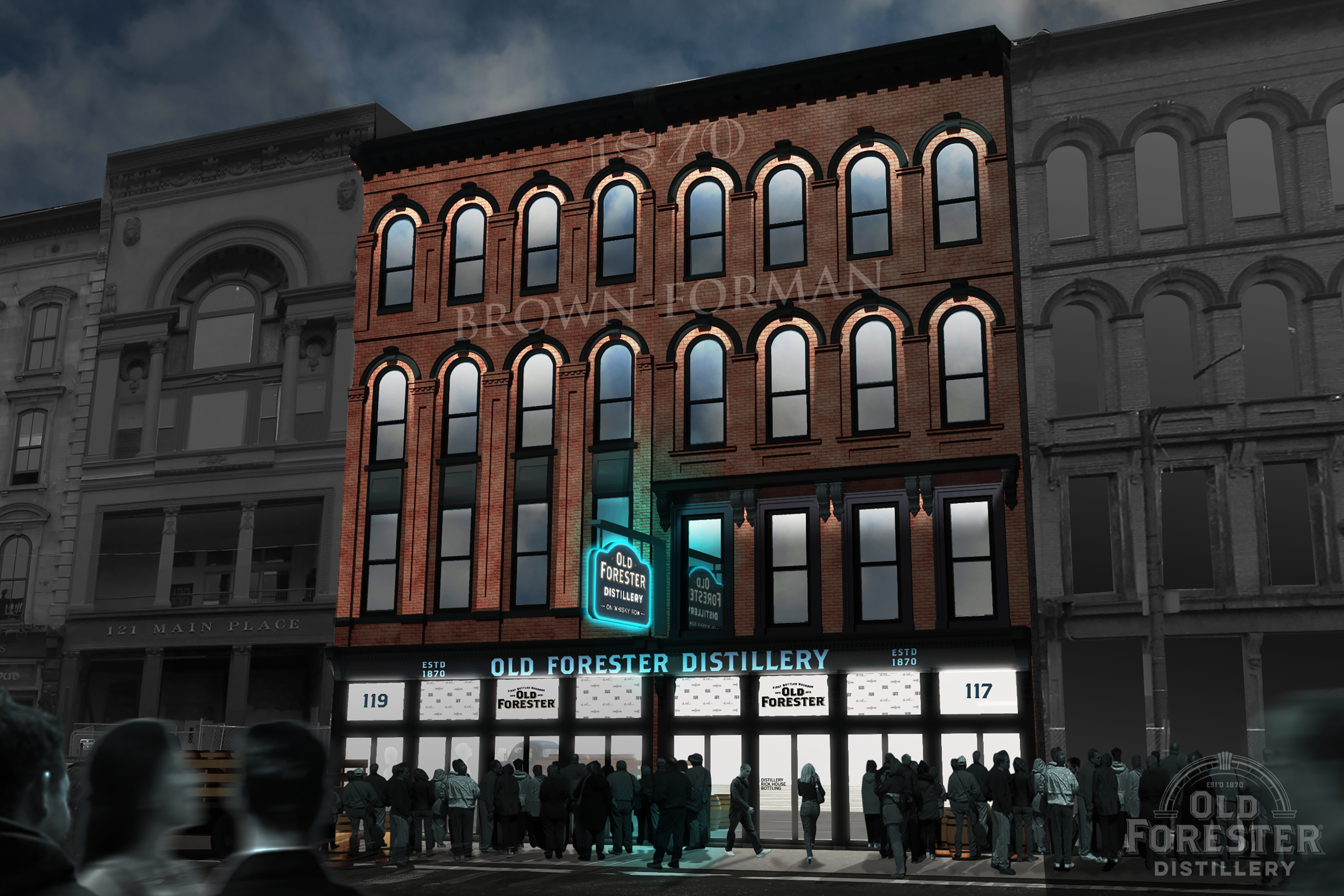 Located at 117 and 119 Main Street along Louisville’s historic “Whiskey Row,” the distillery and bourbon experience will be a world-class distilling operation and visitor’s destination showcasing the supreme craftsmanship of Old Forester, America’s First Bottled Bourbon™. In detail, the renderings highlight key locations within the distillery such as the welcome area, fermentation room, cooperage, tasting room, and bottling line.

“Upon Completion, the Old Forester Distillery will provide tourists and bourbon enthusiasts with an up close look at our bourbon making process and share with them a captivating story of entrepreneurship and achievement that characterizes Old Forester’s 146 year history,” said Old Forester President and fifth generation family member, Campbell Brown.

The distillery will celebrate founder George Garvin Brown’s innovative spirit and his commitment to making the highest quality bourbon. Old Forester is the longest, continuously distilled bourbon produced before, during and after prohibition by the same family. Including fermentation, distilling, barrel making, aging and bottling, the distillery will produce 100,000 cases of Old Forester annually.

“The Old Forester Distillery is a state-of-the-art project that will add an additional layer of history and authenticity to Louisville’s Whiskey Row,” said Project Manager, Mike Beach. “We are both proud and excited about the distillery’s capabilities to showcase the bourbon making process for visitors from around the world.”

Construction of the 60,000 square foot distillery is set to be complete by late 2017.

Old Forester is Brown-Forman’s founding brand, founded in 1870 by George Garvin Brown. Brown believed Old Forester was so pure and consistent that he sealed it, signed it, and pledged “There is nothing better in the market.” The Old Forester Distillery will celebrate Brown’s innovative spirit and his commitment to making the highest quality bourbon.