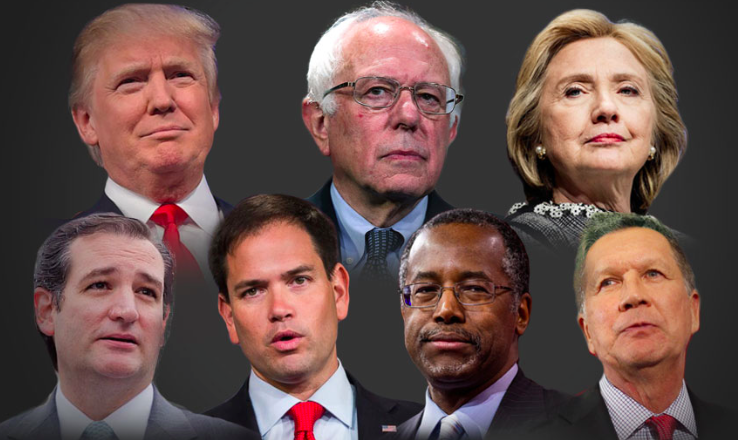 Calvin Page is a journalist and blogger who specialises in articles concerned with all things business, from finance, to management, to keeping a green office, and even the real estate aspects. For more information contact Calvin here:calvpage@gmail.com.

Political elections are always won or lost over key issues. The candidate who garners the support of the majority of Louisville, Kentucky voters will be well on their way to the White House, but to win you have to understand which issues mean the most to the electorate. Some issues, like gun control and money, are always contentious. Others, such as immigration, tend to wax and wane depending on current events. Here are the five top issues in the current presidential election race.

Immigration is a major issue for many Louisville voters and if one big-name candidate has his way, there will be a large wall built across the Mexican-U.S. border, keeping non-Americans out. There are millions of immigrants living in America, around 11 million of them here illegally. The general population is divided on the subject: some support mass deportation whereas others support the right for those eligible for citizenship to stay.

Gun ownership is a highly contentious issue in Louisville, so it is no surprise that gun control is one of the top issues in the 2016 presidential election. On average, there is one mass shooting a day, although most never make it into the world’s media. Gun ownership in the U.S. is higher than in any other country around the world and the right to bear arms is written into the American Constitution, which is why political measures to curb gun violence have so far failed dismally.

Republicans are opposed to gun control whereas the democrats are pushing hard for reforms. The electorate are split almost 50:50.

Abortion is another big topic on the campaign train, and in many states, including Kentucky, opinion varies according to the religious viewpoint. Many of the more conservative states are firmly against abortion whereas liberal states such as New York and California believe abortion should be legal in most cases.

The country is very much divided, but Republicans are pro-life whereas Democrats are pro-choice.

The U.S. economy has recovered somewhat from the effects of the global economic recession, but it’s not all rosy. Wages have remained stagnant for many Louisville residents and there is an ever-widening chasm between rich and poor. This puts money firmly at the forefront of many people’s minds this election.

The Republicans are mostly opposed to raising the minimum wage whereas the Democrats support this. The Democrats (and Donald Trump, interestingly) are also in favor of heftier taxes for the mega-wealthy.

The U.S. prison system is bursting at the seams. It is hugely inefficient and very costly, so this is a big issue for all parties. There are also other issues at stake, including policing and race.

Most Republican candidates have remained coy on the subject of criminal justice but the Democrats are in favor of ending mass incarceration.

Whether you support the Republicans, the Democrats, or an independent candidate such as Scott Smith, it is important to figure out which issues matter the most to you. That way you can make your vote count when polling day comes to Louisville.