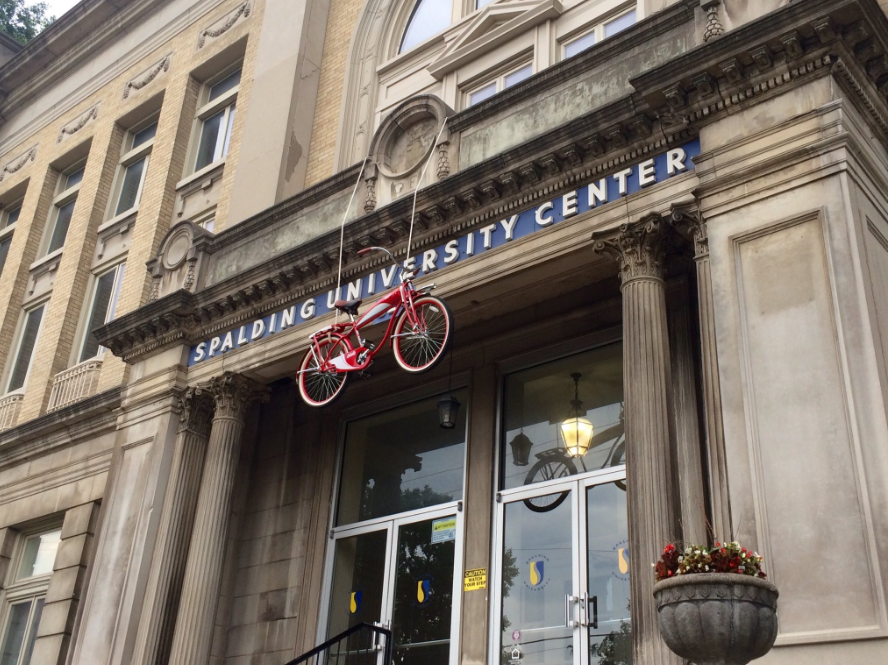 Children will earn their bike by completing the Bike Sense program

LOUISVILLE  – Mayor Greg Fischer announced this week that in memory of Muhammad Ali, the city and Schwinn Bicycle Co. will provide free bicycles to 100 children who earn the opportunity by completing Bike Louisville’s Bike Sense program at 12 Metro Parks and Recreation community centers.
Several hundred children are participating this summer in the Bike Sense program, which teaches safety skills, including how to avoid hazards on the road.  Representatives of Bike Louisville will select 100 of those children for the free bikes, from among those who’ve met program requirements, including attendance, participation and a sense of responsibility. They’ll also receive a helmet and bike lock.
“The Champ inspired us all to believe that we could, like him, be “The Greatest” at whatever we are willing to work hard to be,” the Mayor said. “And with this donation, we’re rewarding hard work and focus.”

The bikes will be presented at a street festival planned at the Muhammad Ali Childhood Home Museum, 3302 Grand Ave., from 10:30 a.m. to 1 p.m.on Saturday, Sept. 17, before the Muhammad Ali Humanitarian Awards that evening.
Louisville Metro Police officers will present the bikes, in a tribute to the day in 1954 that a Louisville police officer, Joe Martin, met a young Cassius Clay, whose bike had just been stolen. Clay told the police officer, who also ran a boxing gym, that he wanted to “whup” the person who took the bike, and the policeman replied that he ought to learn to box first. Martin then trained the young man, who later would become Muhammad Ali, a three-time heavyweight boxing champion.
“That relationship between a policeman and a boy created something magical,” the Mayor said. “I hope we see that same magic on Sept. 17.”

The Mayor thanked Schwinn, a division of Dorel Industries, for the donation.
Dave Duecker, Schwinn’s Vice President of Product Development, said the company “is delighted to partner with Bike Sense for this donation, which will benefit so many children in the Louisville area. The inspiring story of a young Cassius Clay reacting to the theft of his red Schwinn bike is legendary, and we immediately accepted the City’s invitation to participate in this innovative event.”

Clarksville Schwinn, owned by Bob Peters, is donating staff time to assemble the bikes over the next two months.

“We really appreciate the commitment of Bob and his team,” Mayor Fischer said. “This is how extraordinary things get done, when we pull together.”

Besides the bike donation, the Mayor’s street festival in September will include music, refreshments and kids’ activities. In addition to Schwinn and Clarksville Schwinn, Mayor Fischer thanked KFC, which is donating food for the Sept. 17 festival, and Metro Councilman-elect Brandon Coan, D-8, who worked to arrange the bike donation.

To enroll in future Bike Sense programs, parents and children should visit their local Metro Parks community center. For a list, visit www.bestparksever.com.