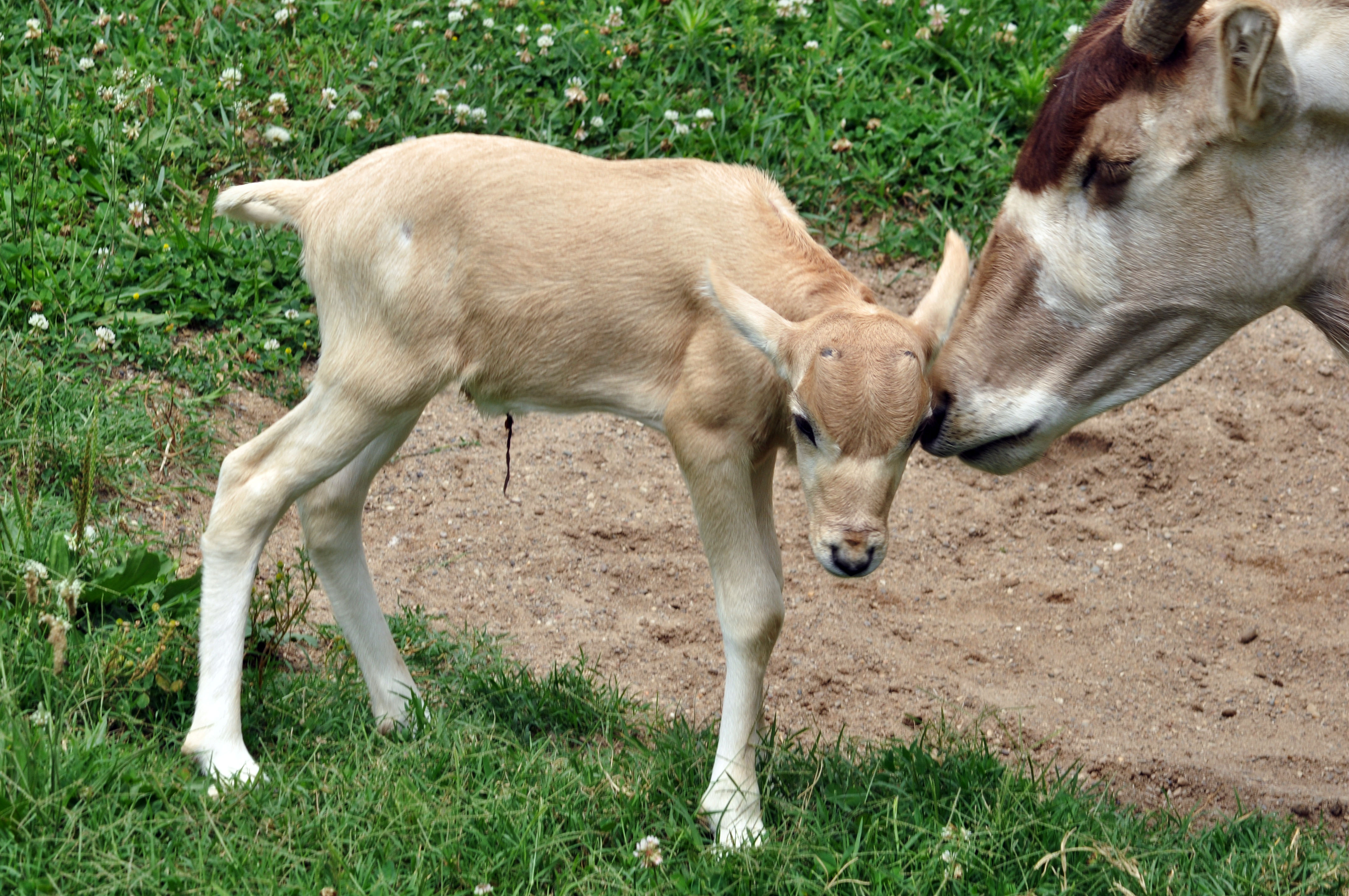 Louisville, Ky., – In the early hours of June 14, a male Saharan addax calf was born to Roxanne (mother) and Hodge (father).  This is a significant birth and the first addax born at the Zoo since 2013.

The International Union for Conservation of Nature cites the Saharan addax as facing imminent extinction. A survey in March 2016 across key addax habitat identified just three remaining individuals reports experts from the IUCN.

The addax range is in Africa in isolated pockets within the Sahara desert. Their habitats are waterless areas, especially dunes. They live in small groups of five to 15 animals led by a mature male.

The calf is on exhibit daily in the addax exhibit which is located near the bongo and elephant exhibits in the African zone.

Zoo keepers will be naming the calf in the coming weeks.

The addax birth was planned and is a part of the Association of Zoos and Aquariums (AZA) Species Survival Plan (SSP). Breeding plans work to improve the genetic diversity of managed animal populations.

The Louisville Zoo, a non-profit organization and state zoo of Kentucky, is dedicated to bettering the bond between people and our planet by providing excellent care for animals, a great experience for visitors, and leadership in scientific research and conservation education. The Zoo is accredited by the American Alliance of Museums (AAM) and by the Association of Zoos and Aquariums (AZA).