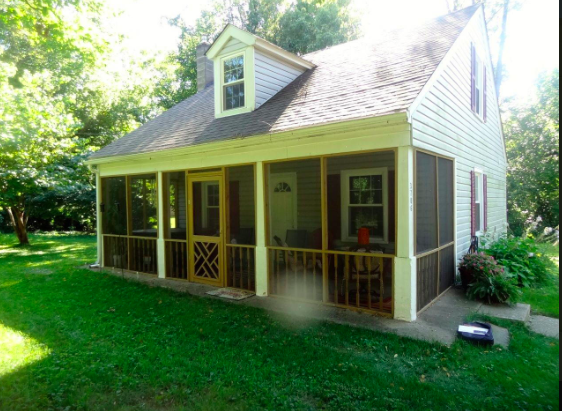 This info comes from Airbnb, which is on a lot of people’s minds this time of year.

Over 1,500 Louisville residents actively list their home or a room on the Airbnb platform. In 2016, those hosts earned $6.6 million in supplemental income while welcoming over 48,000 guests to the city.

Additionally, those guests contributed $16.3 million to the local merchant community through spending at restaurants, shops and more. This is based on a recent comprehensive survey of Airbnb guests, which determined that Airbnb guests to Louisville spend on average $128 per day (on top of what they pay for their listing).

Airbnb’s Louisville host community is preparing to help the city expand lodging capacity for the upcoming Kentucky Derby, with hotels already reaching peak capacity. In the coming weeks, Airbnb will provide a public report of its estimated statistics and economic impact for Derby weekend.

Here’s the listing for my place., pictured above.