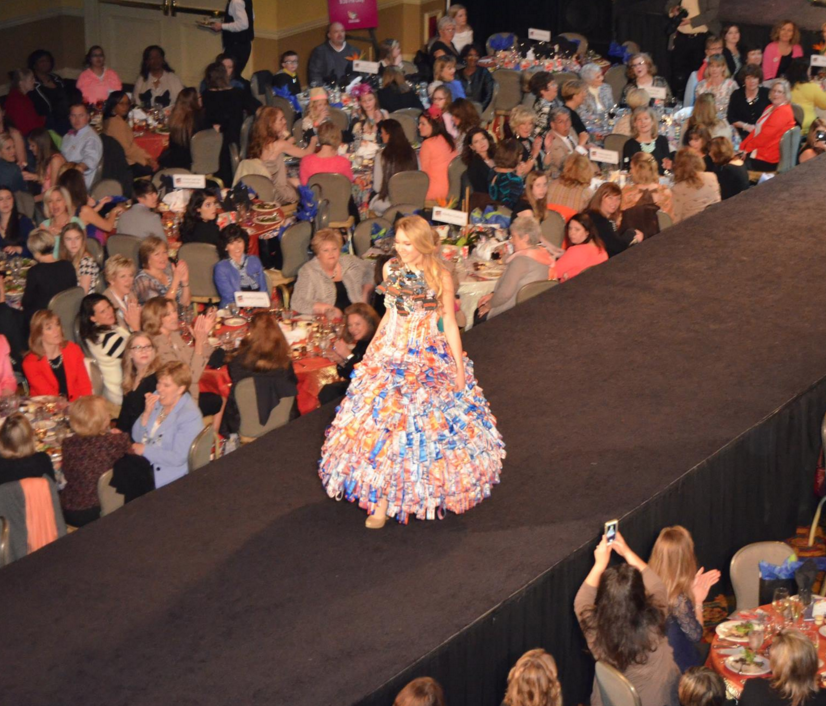 Louisville, KY.   – With Derby Festival events rapidly approaching, it’s time to find the perfect spring outfits! You’ll find the latest looks and hottest trends at the Macy’s Kentucky Derby Festival Spring Fashion Show on March 29th.  Tickets are on sale now for the season’s most exclusive fashion event. The event kicks off with cocktails and boutique shopping at 5:30 p.m., followed by dinner at 6:30 p.m. and runway show at 8 p.m. in the Showroom of Horseshoe Southern Indiana. Macy’s has been title sponsor since 2013.

This year’s fashion show will feature outfits and accessories from Macy’s, more than a dozen local boutiques, and other retailers. Some of the Festival’s Official Products will also be featured and the Official 2018 Derby Festival merchandise will be on sale at the event. At the show, guests will have the opportunity to shop runway looks and see the latest spring styles.

NEW for 2018! There will be a VIP Preview Party before the Fashion Show. It’s only a $25 ticket upgrade. The special preview includes a champagne toast, hors d’oeuvres, model meet & greet and show insights. To attend the VIP Preview, you must purchase a Fashion Show ticket.

Tickets can be purchased online at www.kdf.org or by calling (502) 584-FEST. Reserved seating tickets are $750 for a table of 10 or $75 each. Tickets for the Lounge area (general admission seating in 2nd floor lounge area) are $35. Contributing sponsors include Guess?, Inc., Horseshoe Southern Indiana, J Michael’s Spa & Salon, and Windows Plus. Media Sponsors: 102.3 Jack FM and TOPS Louisville.

First produced in 1990, the Kentucky Derby Festival Fashion Show was originally conceived as a venue for unveiling the new Board of Director’s uniform, the teal Pegasus jacket.  It was so successful, the Board of Directors decided to make it a permanent addition to the Festival schedule. Thanks to the support of many retailers, the Spring Fashion Show has become THE fashion show for the spring.

Since 1956, the Derby Festival has worked to bring the community together in celebration. The Festival is an independent community organization supported by 4,000 volunteers, 400 businesses and civic groups, Pegasus Pin sponsorships and event participation.  It entertains more than 1.5 million people in a two- week period and has a local economic impact of more than $127 million.  This involvement has made the Festival the largest single attended event in Kentucky and one of the leading community celebrations in the world.

Macy’s, the largest retail brand of Macy’s, Inc. delivers fashion and affordable luxury to customers at approximately 670 locations in 45 states, the District of Columbia, Puerto Rico and Guam, as well as to customers in the U.S. and more than 100 international destinations through its leading online store atmacys.com. Via its stores, e-commerce site, mobile and social platforms, Macy’s offers distinctive assortments including the most desired family of exclusive and fashion brands for him, her and home. Macy’s is known for such epic events as Macy’s 4th of July Fireworks and the Macy’s Thanksgiving Day Parade, as well as spectacular fashion shows, culinary events, flower shows and celebrity appearances. Macy’s flagship stores – including Herald Square in New York City, Union Square in San Francisco, State Street in Chicago, and Dadeland in Miami and South Coast Plaza in southern California – are known internationally and are leading destinations for visitors. Building on a more than 150-year tradition, and with the collective support of customers and employees, Macy’s helps strengthen communities by supporting local and national charities giving more than $54 million each year, plus 180,000 hours of volunteer service, to help make a difference in the lives of our customers.