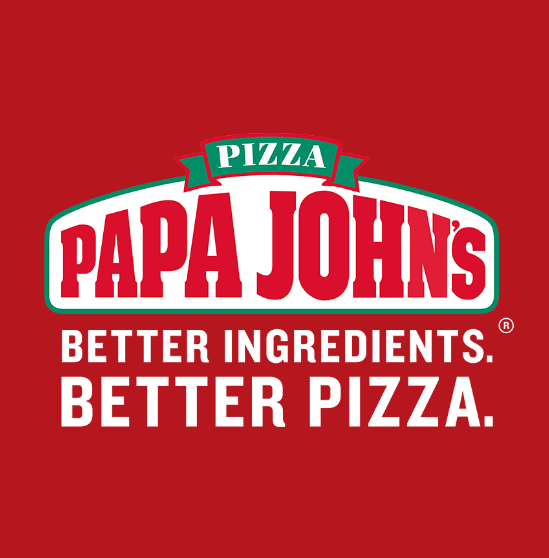 LOUISVILLE, Ky.–(BUSINESS WIRE)–Papa John’s International, Inc. (NASDAQ: PZZA) today announced that it has entered into a securities purchase agreement with Starboard Value LP (together with its affiliates, “Starboard”) pursuant to which Starboard is making a $200 million strategic investment in the Company with the option to make an additional $50 million investment through March 29, 2019, as described below.

In connection with the investment, the Papa John’s Board of Directors is expanding to include two new independent directors, including Jeffrey C. Smith, Chief Executive Officer of Starboard, who has been appointed Chairman of the Papa John’s Board, and Anthony M. Sanfilippo, former Chairman and Chief Executive Officer of Pinnacle Entertainment, Inc. These directors bring substantial experience in the restaurant, retail and hospitality industries, with skill sets spanning operational turnarounds, corporate finance and corporate governance. Their expertise and new perspectives will help support the Company’s strategy to capitalize on its differentiated “BETTER INGREDIENTS. BETTER PIZZA.” market position and build a better pizza company for the benefit of its shareholders, team members, franchisees and customers. In addition, Papa John’s President and Chief Executive Officer Steve Ritchie has been appointed to the Board. With the addition of the new directors, the Board will comprise nine directors, seven of whom are independent.

In September 2018, the Company began a process to evaluate a wide range of strategic options with the goal of maximizing value for all shareholders and serving the best interest of the Company’s stakeholders. In order to execute the strategic review, a Special Committee comprised of the independent directors of the Board retained Lazard and BofA Merrill Lynch as its financial advisors. After extensive discussions with a wide group of strategic and financial investors, the Board concluded that the investment agreement with Starboard was in the best interest of shareholders.

“Our agreement with Starboard concludes a comprehensive strategic review conducted over the past five months to better position Papa John’s for growth, improve the Company’s financial performance and serve the best interests of our stakeholders. This transaction provides the Company with financial resources and strong and experienced directors on the Board in order to position the Company for success over the long term. We believe we have found terrific partners to advance Papa John’s strategy, especially given their record of reinvigorating and growing premier restaurant and consumer brand companies,” said Olivia Kirtley, a member of the Special Committee and most recently Chairman of the Papa John’s Board. “Starboard’s investment represents a strong vote of confidence in Papa John’s, our people, our franchisees and the many opportunities we have ahead. We are excited to work with Jeff as our new Chairman and look forward to welcoming Anthony and Steve to the Board.”

Mr. Ritchie commented, “Our agreement with Starboard marks an exciting step forward for Papa John’s. I look forward to working with Jeff and Anthony, as well as the rest of our Board and team, to extend our focus on Better to our people, franchisees and customers in new ways, thereby fortifying Papa John’s position as the ‘BETTER INGREDIENTS. BETTER PIZZA.’ company.”

Mr. Smith said, “Papa John’s has always stood for higher quality pizza, and we believe Papa John’s has a strong foundation, with the best product in the space and a strong franchisee and customer base. We applaud the actions that the Board and management have taken to move the Company forward through a difficult transition. We see tremendous potential for the Company both in the U.S. and internationally. We look forward to providing leadership, sponsorship, and support to instill operational, financial, and corporate governance best practices, and working with the Papa John’s team to develop a disciplined long-term strategic plan while delighting our customers every day.”

The Company plans to use approximately half of the proceeds of the investment to repay debt, with the remaining proceeds providing financial flexibility that enables Papa John’s to invest capital to further advance its five strategic priorities of People, Brand, Value/Product, Technology and Unit Economics. The Company will take a disciplined approach to capital allocation, ensuring that investments in these five areas are directed to its highest return initiatives, with clear parameters and analytics in place to measure and track performance and execution.

The two new independent directors joining the Papa John’s Board are:

The Company noted that the disparity in North America and International comparable sales reflects the consumer sentiment challenges the brand has encountered in the U.S. In addition, the December and January sales were impacted by the conversion to the Company’s new loyalty program and ineffective promotions in the heightened competitive environment.

“These results are disappointing to all of us, but we have a strong foundation built on quality and are confident in the great growth potential for the brand, particularly with the support of our new partners. Our agreement provides new expertise and additional financial resources to invest in areas that we believe are important to our customers and the opportunities ahead. Quality and how our product brings people together will be front and center in our efforts. Our recently launched Philly Cheesesteak pizza, a new line of handcrafted specialty pizzas, premium ingredients, menu variety, and new, more modern creative advertising that emphasizes people and quality products are a few actions underway,” continued Mr. Ritchie.

Papa John’s will discuss further details regarding its fourth quarter and fiscal 2018 performance as well as its outlook for 2019 when it reports results on February 26, 2019.

Starboard Value LP is a New York-based investment adviser with a focused and differentiated fundamental approach to investing in publicly traded U.S. companies. Starboard invests in deeply undervalued companies and actively engages with management teams and boards of directors to identify and execute on opportunities to unlock value for the benefit of all shareholders.

Certain matters discussed in this press release and other company communications constitute forward-looking statements within the meaning of the federal securities laws. Generally, the use of words such as “expect,” “intend,” “estimate,” “believe,” “anticipate,” “will,” “forecast,” “plan,” “project,” or similar words identify forward-looking statements that we intend to be included within the safe harbor protections provided by the federal securities laws. Such forward-looking statements may relate to projections or guidance concerning: business performance; revenue; earnings; adjusted earnings per share; cash flow; use of proceeds from the sale of the Series B convertible preferred stock, including debt repayment, investments in certain growth initiatives, advertising, marketing and promotional activity, rebranding efforts, technological investments, and franchisee support; capital allocation; consumer sentiment; profit margins; unit growth; unit level performance; capital expenditures; corporate governance; shareholder and other stakeholder engagement and support; strategic decisions and actions; changes to our current business plan; compliance with debt covenants; special charges; the ongoing cultural audit and investigation; and related initiatives and actions. Such statements are not guarantees of future performance and involve certain risks, uncertainties and assumptions, which are difficult to predict and many of which are beyond our control. Therefore, actual outcomes and results may differ materially from those matters expressed or implied in such forward-looking statements. The risks, uncertainties and assumptions that are involved in our forward-looking statements include, but are not limited to, risks related to the issuance of the newly created Series B convertible preferred stock to Starboard and those in our risk factors discussed in detail in “Part I. Item 1A. – Risk Factors” in our Annual Report on Form 10-K for the fiscal year ended December 31, 2017, as updated by “Part II. Item 1A. – Risk Factors” in our Quarterly Report on Form 10-Q for the quarterly period ended July 1, 2018. We undertake no obligation to update publicly any forward-looking statements, whether as a result of future events, new information or otherwise, except as required by law.