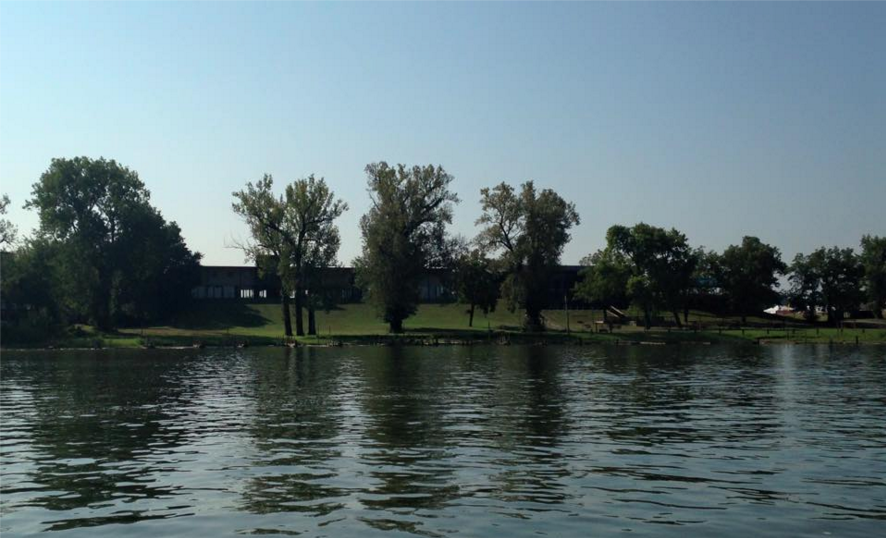 Photos from Levee at the River House’s Facebook page.

Louisville, Kentucky (April 11, 2016) – Owner and Chef John Varanese will host the Grand Opening of Levee at River House Restaurant, his second new concept located on the riverfront at 3015 River Road, on Wednesday, April 13, 2016 beginning at 4:00pm. At 5:00pm, Chef Varanese will demonstrate how to make the perfect Mint Julep in honor of “Mint Julep Month,” and guests can enjoy live music by Napoleon and the Beats from 6:30pm to 10:30pm.

Levee utilizes its own kitchen space along with a shared prep area with River House. The menu features small plates, such as steak sliders with caramelized onions, lobster and green chili fried ravioli, marinated ahi tuna sashimi, and Makers® 46 bourbon cashews, pistachios, almonds, pumpkin seeds and peanuts. The robust bar program focuses on innovative frozen cocktails infused with fresh herbs and other culinary ingredients, such as the Balsamic Berry Breeze with Stolichnaya Razberi, and Blueberi, balsamic vinegar, fresh basil and strawberry syrup.
There is also a focus on live entertainment at the indoor and outdoor bars to create a unique riverside atmosphere, with seating for approximately 130 inside and 100 outside.
Construction on the entire 27,000 sq. ft. building began in September 2015 and the total project renovation cost is approximately $3.7 million. Funding was provided by several investors and from commercial loans. Chef Varanese also received a $400,000 METCO loan from the city for the façade, accessibility and energy efficiency improvements, as well as a business loan.

The project design team is all local to the Louisville area and includes Doug Karnes (Architect), Brasch Constructors (General Contractor), Heritage Engineering (Civil), James Carter, PE (Structural), Kerr-Gruelich Engineers (Mechanical, Electrical, Plumbing, Fire Protection), Swope Design Group (Interiors), and Charles Wallace (Food and Beverage Operations).
John first signed an intent to lease the building in 2001, and went as far as getting architectural renderings for his concept in 2004. Despite his best efforts to push the project forward, the timing was not right and John realized he needed to scale back his plans, thus creating his namesake on Frankfort Avenue. Even while working for 8 years to make Varanese successful and unique, John was never able to let go of his original grandiose dream, and he kept close watch on the property at 3015 River Road to ensure it was still available.
Leve at the River House is open 4pm to midnight Wednesday, Thursday and Sunday, and 4pm to 2am Friday and Saturday. For more information, visit LeveeRestaurant.com, call 502-897-5000, or follow along atFacebook.com/LeveeRestaurantLou, Twitter, Instagram, Pinterest and Snapchat @leveerestaurant.