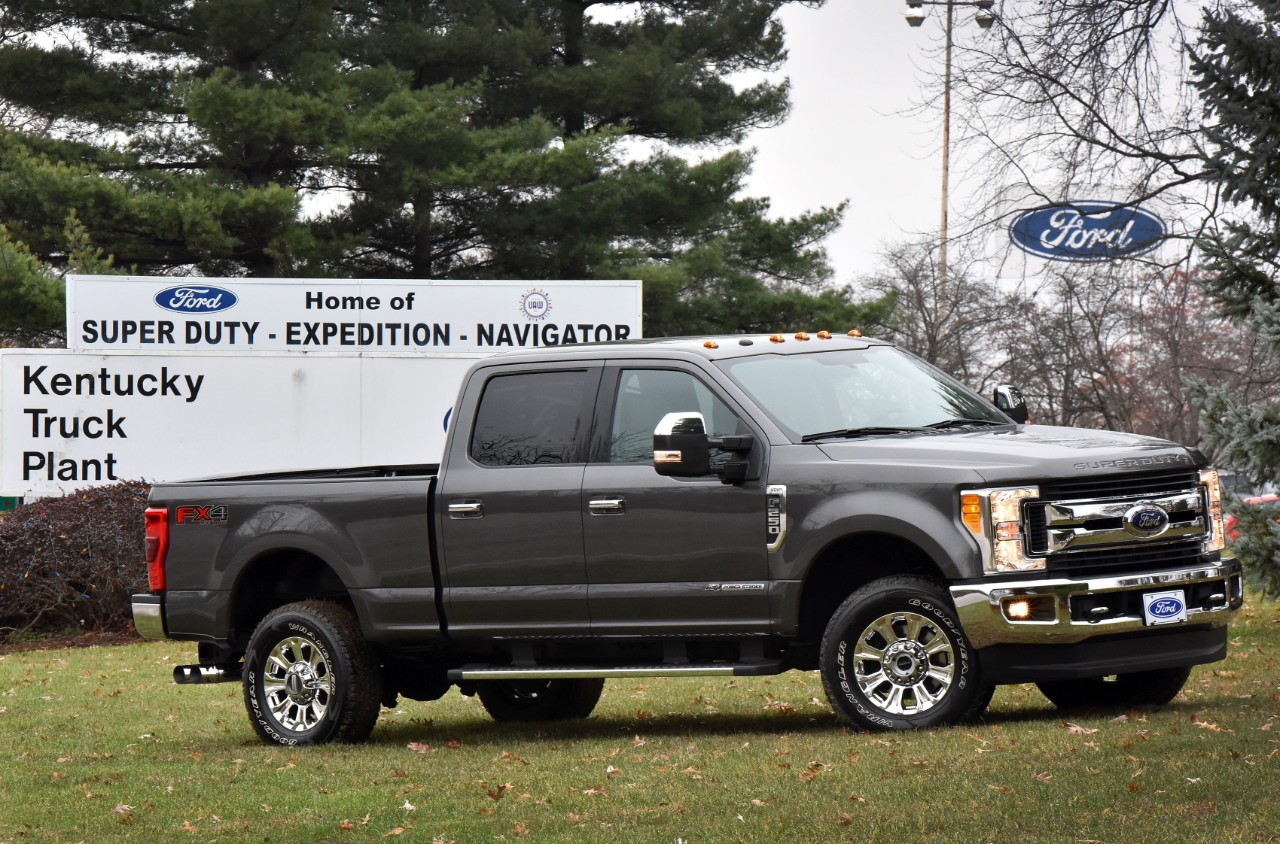 Ford is investing $1.3 billion for an all-new body shop, facility upgrades and retooling to build the new aluminum-bodied Super Duty truck at Kentucky Truck Plant. Add to that the $80 million invested in 2014 to meet growing customer demand for Super Duty trucks and $129 million to support Lincoln MKC production at Louisville Assembly Plant, and Ford has invested more than $1.5 billion in the commonwealth of Kentucky and the city of Louisville in the past two years.

“With the introduction of the all-new Ford Super Duty, America’s best-selling heavy-duty pickup, we expect to continue growing our truck leadership,” said Joe Hinrichs, Ford president of The Americas. “Through this investment, we are continuing to show our commitment to Kentucky and the city of Louisville, as well as bringing to customers industry-leading trucks to help them take care of business and earn a living.”

“Adding new jobs and more investment at Kentucky Truck Plant not only secures a solid foundation for our UAW members, but also strengthens the communities in which they live, work and play,” said Jimmy Settles, UAW vice president, National Ford Department. “Such success highlights our members’ hard work and dedication to building world-class, quality vehicles like the Super Duty.”

“This tremendous investment and commitment to new job creation reconfirms the strength of a more than century-long relationship between Kentucky and Ford Motor Company,” said Kentucky Gov. Steve Beshear. “We wholeheartedly appreciate Ford’s continued confidence in the commonwealth’s work force and pro-business environment, and we look forward to expanding our relationship in the future.”

There are five models in the Super Duty lineup: XL, XLT, Lariat, King Ranch and Platinum. The all-new Super Duty will be built at Kentucky Truck Plant and goes on sale late next year.