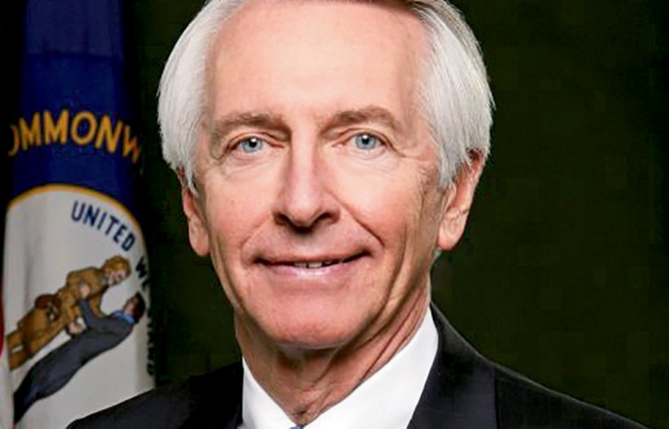 Louisville, Ky., – Former Kentucky Governor Steve Beshear doesn’t like what his successor is planning to do to the Commonwealth’s health care program. In a press conference today in Louisville, Beshear announced a “Save Kentucky Healthcare” online campaign aimed at stopping Governor Matt Bevin in his plans to dismantle Beshear’s executive orders to expand Kentucky’s Medicaid program and establish Kynect, a state-operated exchange made possible through President Obama’s Affordable Care Act.

Here is the mission statement on Save Kentucky Healthcare’s website:

Save Kentucky Healthcare, an effort led by former Kentucky Governor Steve Beshear, is committed to continuing Kentucky’s dramatic success in expanding health insurance under the Affordable Care Act. Despite insuring half a million Kentuckians for the first time, partisan politics threatens to reverse Kentucky’s gains by dismantling the state’s model health exchange.

Please support Governor Beshear’s ongoing vision to make affordable, quality health care available to every Kentuckian, from Paducah to Pikeville and in every community in between. If critics of the Affordable Care Act can turn back the clock in Kentucky, the state with the most successful health insurance expansion in the nation, they can do it almost anywhere. We must not allow that to happen.

According to a story by the Associated Press, Bevin fired back, saying in a statement he was “focused on fixing Kentucky’s fiscal crisis after eight years of the Beshear administration increasing runaway Medicaid costs and refusing to fund the pensions of teachers and state workers to the tune of over $30 billion in unfunded liabilities.”