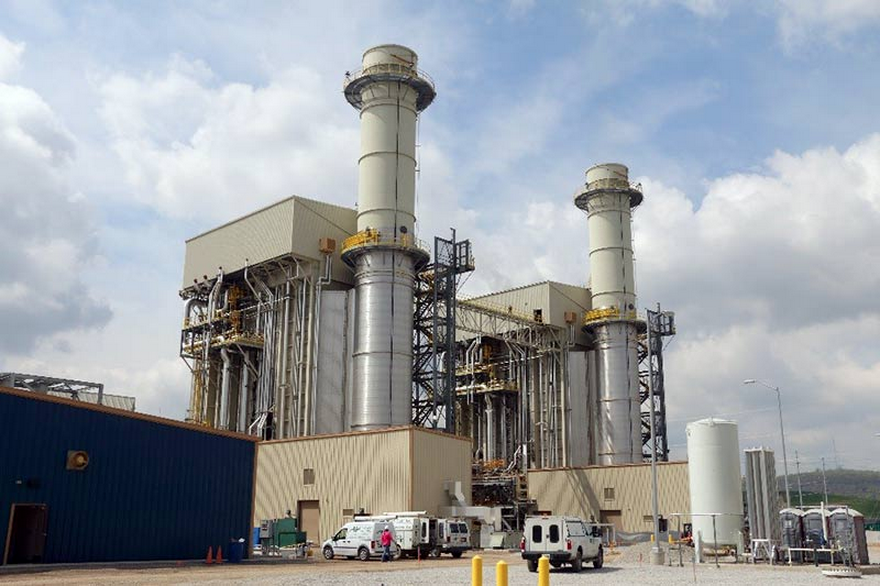 Employees and contractors working on the project wrapped up the unit’s final commissioning and testing phases in mid-June, clearing the way for the company to take control of the unit and commence its official commercial operation. The unit is the first-of-its-kind in the Commonwealth, making the changeover historic for both the company and the state of Kentucky.

Louisville Mayor Greg Fischer joined representatives from LG&E and KU as they officially unveiled the new unit with a ribbon cutting during a press conference this morning.

“This project is important on so many levels — for the construction jobs it created, the innovation it highlighted and the air that it will improve. Our city is grateful to LG&E for its vision to bring this project to reality,” said Mayor Fischer.

“The planning, permitting, construction and testing of this facility have been years in the making, so it’s exciting to reach this point and see things come together,” said LG&E and KU Chief Operating Officer Paul W. Thompson. “Not only is this generating unit significant for our state, it’s also a significant part of our ongoing efforts to look down the road and, with approval from the Kentucky Public Service Commission, put resources in place that allow us to meet the future energy needs of our customers and evolve with our ever-changing industry.”

“With this new facility, along with our coal, hydro and future solar plant, we have a more diversified portfolio of generation that will help us continue to meet our customer’s energy needs at some of the lowest costs in the nation,” said LG&E and KU Chairman, Chief Executive Officer and President Vic Staffieri.

Thanks to thoughtful spending that minimized budgeted costs and lower consumption of natural gas than projected during the unit’s testing phase, the company will achieve an estimated $18 million reduction in costs from the previous project forecast of $563 million.

CR7’s commercial operation marks the end of a remarkable construction period that saw more than 600 construction employees working on the project at its peak; a recordable incident rate of 0.37, which is one-tenth the average for industrial construction companies; and zero lost-time incidents.

The NGCC power plant first generates electricity through two gas turbines, and uses the exhaust heat from those units to generate steam and produce additional electricity using a steam turbine.

The unit will replace the bulk of 800 megawatts of coal-fired generation as the company retires 13 percent of its energy production from coal-fired units. LG&E and KU announced the retirement plans in 2011 as the result of stricter U.S. Environmental Protection Agency mandates, which, after a thorough analysis of available options, made building this new unit the most economical option to pursue.

With CR7 fully operational and serving customers, the company will continue executing closure plans for Cane Run’s coal-fired operations. Cane Run Unit 6 was retired at the end of March, and the process to retire Units 4 and 5 can now begin. The plans include capping and closing the facility’s special waste landfill and ash pond, which should be completed in 2016.

The transition from coal to natural gas will bring an end to coal-fired generation at Cane Run that spanned more than six decades and pioneered award-winning, environmental technology for the utility industry, prompting a visit from President Jimmy Carter in 1979. The NGCC also will mean greater efficiency in power production and further reduction of emissions.

With these environmental efforts and CR7’s commercial operation, the company continues to produce energy cleaner than ever before — at Cane Run alone, reducing particulate emissions by more than half; sulfur dioxide emissions by 99 percent and nitrogen oxide emissions by 82 percent.