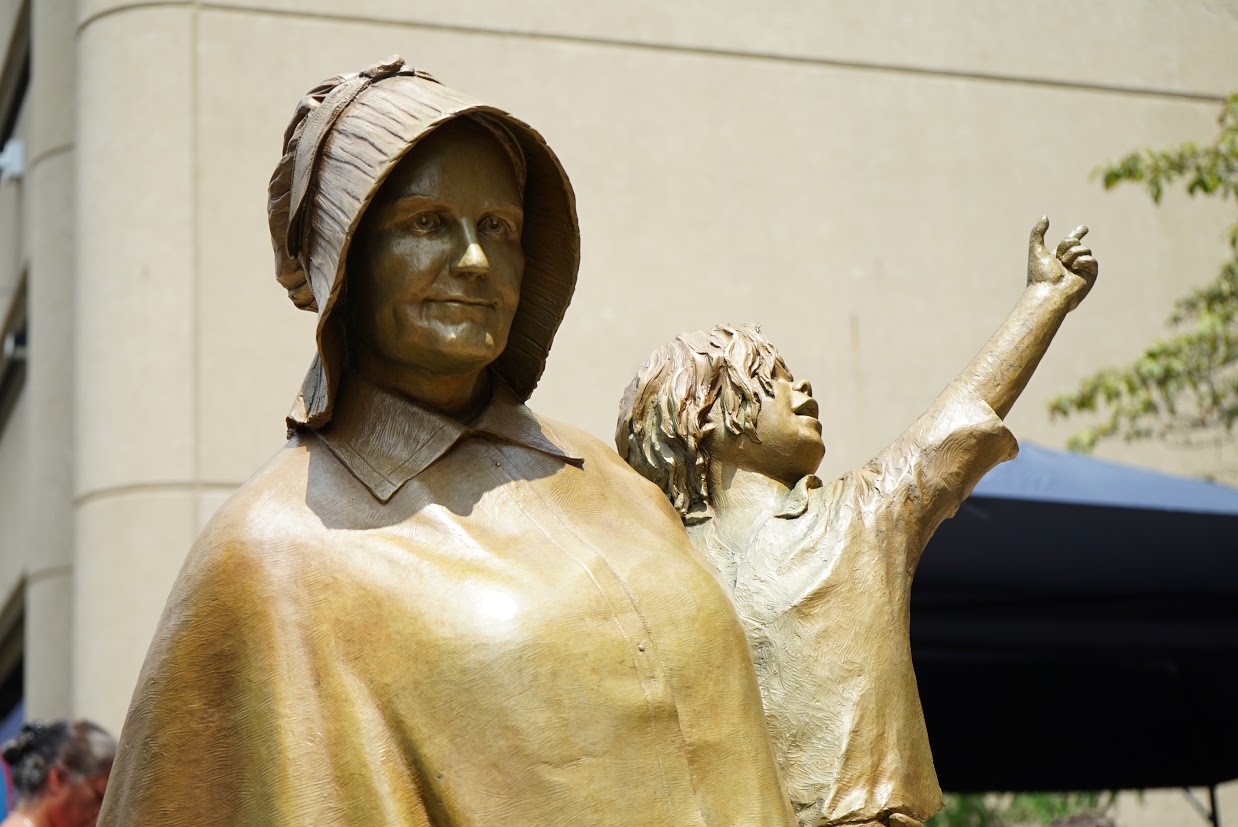 Louisville, Ky., – Hundreds gathered, many of them Sisters of Charity of Nazareth, on Sunday outside the Cathedral of Assumption to dedicate the first statue of a historic woman on public space in Louisville, Kentucky.

Mother Catherine Spalding, bronze and standing a little over 5 feet tall, with two orphan children in tow, took her spot outside the Cathedral where she taught students, cared for children whose parents had died, and worked to heal people with cholera in the early 19th century.

“I can imagine that Catherine is delighted to be back on the streets of Louisville where she found so much need and so many collaborators … and to be portrayed with her beloved orphans must give her great joy,” said Sister Susan Gatz, president of the Sisters of Charity of Nazareth.

Sister Susan said the unveiling was particularly special because a number of the order’s Sisters from India and Belize were in Kentucky for meetings and were able to attend.

She co-founded the Sisters of Charity of Nazareth outside Bardstown — a religious order that has taught thousands and thousands of children in many of Louisville’s parochial schools going back 200 years. She founded schools that eventually became Presentation Academy and Spalding University. She also started St. Joseph’s Infirmary as well as the St. Vincent orphanage. Her order started and founded and staffed numerous other hospitals and schools throughout Kentucky and beyond.