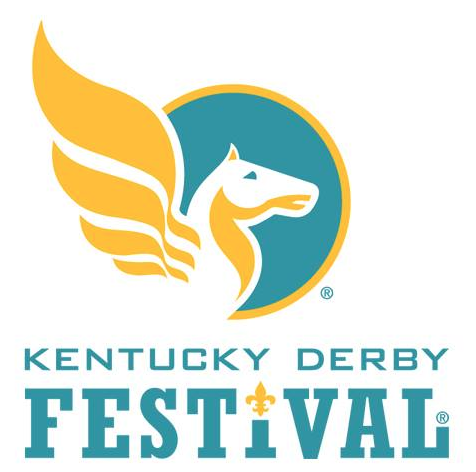 Louisville, Ky., – The Kentucky Derby Festival has selected nationally renowned artist, Kathy Sullivan, as the Official Poster Artist for the 2016 Derby Festival. The artwork will be featured throughout the Festival’s Official Poster and Merchandise line in 2016. Sullivan’s image goes to print this Friday, February 12, at 9:30 a.m. at Impressions Incorporated, 2500 Constant Comment Place in Louisville. It will be unveiled publicly for the first time at Festival Unveiled on March 2.

Kathy Sullivan emerged on the painting scene via her unconventional roots in art therapy. As an expressive therapist, Sullivan learned the unconditional sense of expressive acceptance through her clients. Sullivan’s use of vibrant colors and bold marks can be seen on the walls of Papa John’s Cardinal Stadium; the 2006 Woodford Reserve bottle; the walls of Humana Corporation; and throughout the pages of American Art Collector Magazine.

Sullivan will be on hand to sign copies of her original image at the Derby Festival’s first event of the spring, Festival Unveiled on Wednesday, March 2nd at the Mellwood Arts Center.  The event kicks off at 5 p.m. featuring cocktails and hors d’oeuvres, as well as sweets from Kern’s Kitchen Derby-Pie® and Cellar Door Chocolates and wine from Old 502 Winery. Four Roses Bourbon will also hold their 13th Annual Rose Julep Recipe Contest in conjunction with Festival Unveiled. Tickets are $30 in advance or $35 at the door and can be purchased online KDF.org or by calling (502) 584-FEST. Presenting sponsors include Citizens Union Bank and Four Roses Bourbon with Contributing Sponsor Ladyfingers Catering. Media Sponsors are Q103.1 and LEO Weekly.
Over the years, the Derby Festival’s Official Poster Series has become a unique symbol of the community. Past designs decorate offices and homes throughout the city. Peter Max’s expressionistic “Bluegrass Pegasus” launched the series in 1981, and a stylistic and geographical mix of artists have been showcased over the years. The signed collector editions continue to significantly increase in value, and the quality of the Poster Series has been recognized worldwide.