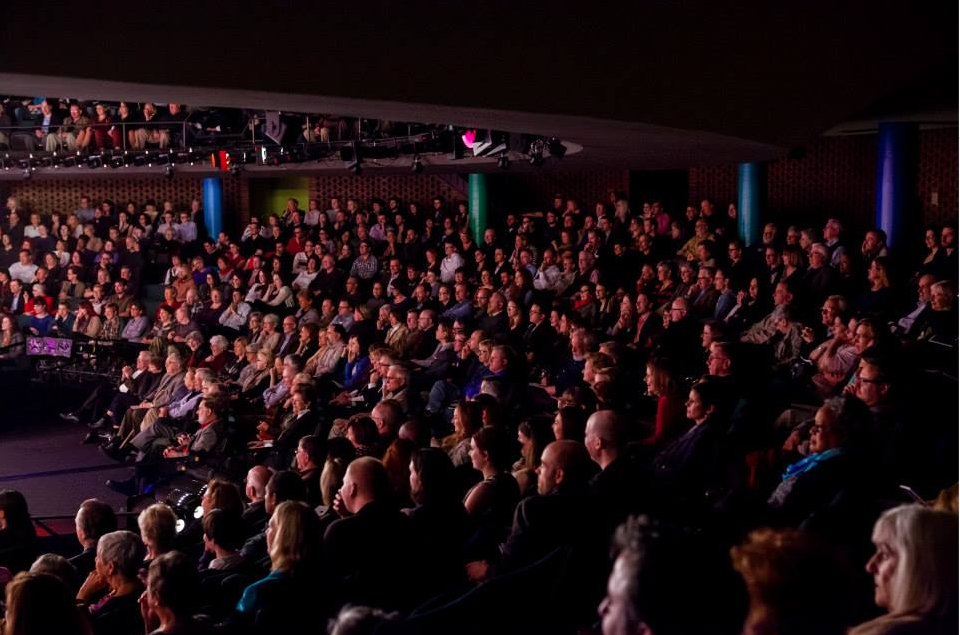 Louisville, KY – Today, in the midst of preparations and rehearsals for one of the nation’s most influential festivals of new work, the 40th Humana Festival of New American Plays, Artistic Director Les Waters proudly announces Actors Theatre of Louisville’s 2016-2017 Season. The lineup features an exhilarating range of stories, including a madcap comic romp, a musical journey based on the life and songs of Billie Holiday, one of Shakespeare’s best-known tragedies, a charming look at the revelations in a small-town acting class, and a powerful drama set during the Detroit riots of 1967 — as well as the return of the two most popular and beloved holiday shows in the region.

“The 2016-17 Season affirms Actors Theatre’s commitment to bringing compelling stories to Louisville,” says Waters. “I’m delighted to showcase vivid imaginations and vital voices that explore and define the world we live in now.  The season promises to surprise and thrill our wonderfully loyal audiences. You won’t want to miss a single production this year.”

Actors Theatre kicks off the Brown-Forman Series with the physical comedy masterpiece The 39 Steps, August 30—September 18, 2016. Adapted by Patrick Barlow and directed by Nathan Keepers (currently appearing in Actors Theatre’s Peter and the Starcatcher), The 39 Steps features the talents of four actors in multiple roles, as they hilariously portray heroes and villains, classy dames and sneaky spies, and a plethora of other colorful characters. Based on the 1915 book by John Buchan and the 1935 Alfred Hitchcock film, The 39 Steps was an award-winning hit on Broadway and on London’s West End.

The popular Bingham Signature Shakespeare Series returns October 4—October 23, 2016, as Artistic Director Les Waters directs a thrilling interpretation of William Shakespeare’s Macbeth. One of the Bard’s most revered plays, Macbeth is a timeless and tragic tale of betrayal, ambition and murder. This original game of thrones promises riveting suspense, as well as blood, ghosts, and witches.

Next up, Actors Theatre will present Dominique Morisseau’s Detroit ‘67, onstage November 15—December 11, 2016, an explosive tale that unfolds during the race riots of 1967. Set to the music of Motown, Morisseau’s timely play follows a brother and sister spinning records to make ends meet, whose lives are changed forever when a surprise visitor arrives in their basement after-hours club during a historic moment of unrest in the Motor City.

Actors Theatre’s season continues with Lanie Robertson’s critically acclaimed musical journey,  Lady Day at Emerson’s Bar and Grill, January 3—January 29, 2017. Directed by Bill Fennelly, this stunningly beautiful play features the music of Billie Holiday as some of her most beloved songs and stories are brought to life in a powerhouse musical performance.

A poignant and charmingly funny production of Circle Mirror Transformation by Annie Baker will take the stage under the direction of Associate Artistic Director Meredith McDonough, January 24—February 12, 2017. This heartfelt comedy takes place in a community drama class where an unlikely assortment of adult students learn lessons through theatre games that lead to even bigger lessons about life.

The 2016-2017 Season will culminate with the 41st Humana Festival of New American Plays, March 1—April 9, 2017. The Festival continues to be the country’s leading opportunity to see groundbreaking, brand-new work by some of the American theatre’s most talented writers. The Festival is underwritten by the Humana Foundation, the philanthropic arm of Humana, Inc.

The 2016-2017 Season is generously supported by Brown-Forman, the official season sponsor, with additional support from Fund for the Arts, the Kentucky Arts Council, and the YUM! Brands Foundation, which supports the student matinee series.

2016-2017 Season Ticket Packages are on sale now and may be purchased by calling the Box Office at 502.584.1205. Season Ticket Holders receive up to 20% off regular single ticket prices, with 7-Play Brown-Forman Series Season Ticket Packages starting at just $140. Brown-Forman Series ticket holders also have access to pre-sale tickets for Dracula and A Christmas Carol at 20% off, which will go on sale to the general public in July. Additional benefits include flexible ticket exchanges, parking discounts, invitations to special behind-the-scenes events, and 50% off single tickets to all productions in the Humana Festival of New American Plays. Discounted packages are also available for seniors, students, educators and individuals 35 years of age and under. Single tickets for the entire 2016-2017 Season will go on sale July 28, 2016. Actors Theatre’s Box Office is located at 316 West Main Street, Louisville, KY, 40202, and can be reached by calling 502.584.1205.

Actors Theatre is committed to making the theatergoing experience accessible to everyone, and offers open caption and audio-described performances throughout the season. Large print programs and assistive listening devices are also available at every performance. For a full performance schedule and more information about Actors Theatre’s access services, visit http://actorstheatre.org/your-visit/seat-charts-and-accessibility/.

About Actors Theatre of Louisville

Approaching its 53rd Season, Actors Theatre of Louisville, the State Theatre of Kentucky, is the flagship arts organization in the Louisville community. Under the leadership of Artistic Director Les Waters, Actors Theatre serves to unlock human potential, build community, and enrich quality of life by engaging people in theatre that reflects the wonder and complexity of our time.

Actors Theatre presents over 350 performances annually and delivers a broad range of programming, including classics and contemporary work through the Brown-Forman Series, holiday plays, a series of free theatrical events produced by the Apprentice/Intern Company, and the Humana Festival of New American Plays—the premier new play festival in the nation, which has introduced nearly 450 plays into the American theatre repertoire over the past 40 years. In addition, Actors Theatre provides more than 17,000 arts experiences each year to students across the region through its Education Department, and boasts one of the nation’s most prestigious continuing pre-professional resident training companies, now approaching its 45th year.

Over the past half-century, Actors Theatre has also emerged as one of America’s most consistently innovative professional theatre companies, with an annual attendance of 140,000. Actors Theatre has been the recipient of some of the most prestigious awards bestowed on a regional theatre, including a Tony Award for Distinguished Achievement, the James N. Vaughan Memorial Award for Exceptional Achievement and Contribution to the Development of Professional Theatre, and the Margo Jones Award for the Encouragement of New Plays. Actors Theatre has toured to 29 cities and 15 countries worldwide, totaling more than 1,400 appearances internationally. Currently, there are more than 50 published books of plays and criticism from Actors Theatre in circulation—including anthologies of Humana Festival plays, volumes of ten-minute plays and monologues, and essays, scripts and lectures from the Brown-Forman Classics in Context Festival. Numerous plays first produced at Actors Theatre have also been published as individual acting editions, and have been printed in many other anthologies, magazines and journals—making an enduring contribution to American dramatic literature.