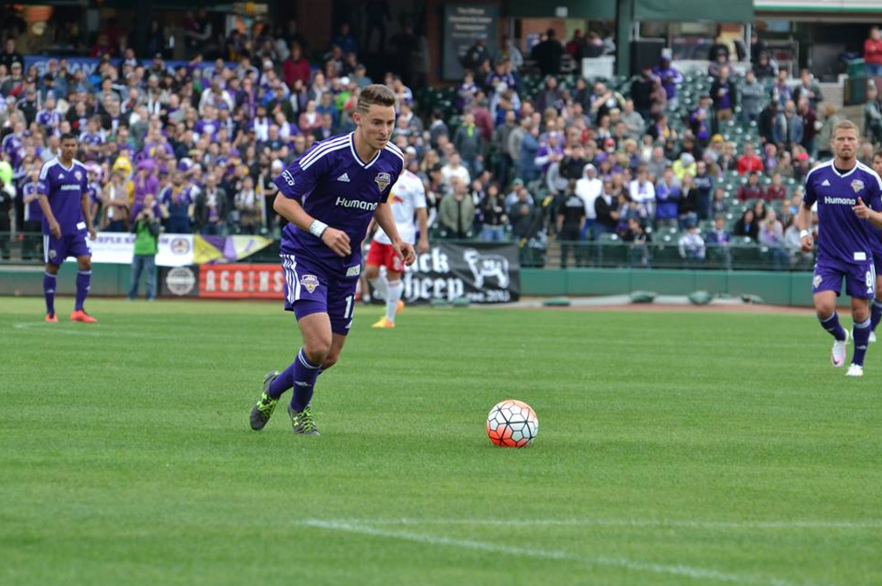 Story and Pictures from louisvillecityfc.com

“We’ve got the best fans in the league,” O’Connor said. “To have 7,500 was a testament to them. They kept cheering away and kept trying to encourage us. We thank them for that and we will be better.

“We have to swallow this result and just make sure that we get a good week’s training and crack on against Orlando (City B).”

“When you approach a game in a situation like that and you’re quite naive in how you handle a strong wind, it made it very difficult for us in the second half to get out,” O’Connor said.

LouCity was able to put quite a bit of pressure on New York and had many corner kicks throughout the match, consistent with O’Connor’s attacking style. O’Connor said the game simply frustrating overall.

“It’s just one of those really irritating and really frustrating games. The whole thing is just very very frustrating.”

O’Connor said he certainly saw some things his team could work on in training this week. He said it’s important his team keep their heads held high, despite the defeat.

“We have to swallow it, just make sure that we get a good week’s training and crack on against Orlando (City B),” O’Connor said.

Goalkeeper Scott Goodwin echoed O’Connor in his applause for the LouCity supporters on Saturday.

“Our fans throughout all of last season came out no matter what,” Goodwin said. “They came out today in huge numbers. That support goes a long way and they’re going to be behind us no matter what.”

LouCity will return to Louisville Slugger Field on April 9 to host Orlando City B with a 7:30 p.m. kickoff.

Fans can stay up to date with all of Louisville City’s breaking news, roster updates and ticketing information by following the Club on Facebook, Twitter and Instagram. Season tickets are available for Louisville City’s historic second season via the Club’s official website.

79th Minute Brandon Allen: Allen, who scored two goals last week against Toronto FC II, continued his hot streak and calmly put the ball into the net after a cross from the right side.

LOU: Sean Reynolds, 57th minute: The University of West Florida alumnus made a great play by halting a Red Bull dribbling dangerously in the box.

LOU: Scott Goodwin, 85th minute: Goodwin did very well to keep a deflected Red Bulls shot out of the back of the net.