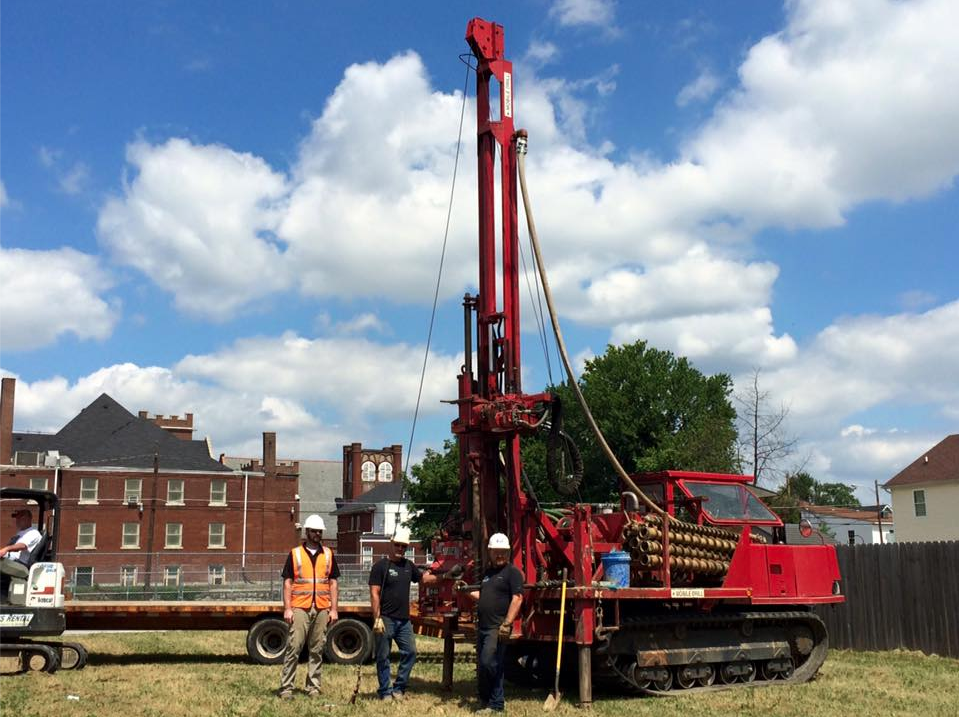 “Today’s announcement brings to fruition the commitment made a decade ago, adding new housing stock in a neighborhood that is starting to see tens of millions of dollars in investment,” Fischer said. “These new homes will help stabilize the larger neighborhood with increasing home values and attracting people to live in Russell.”

The $6 million development project is a partnership of the city and non-profit housing developers, REBOUND – the housing development arm of Louisville Urban League – and Community Ventures. The city is investing $1 million through forgivable loans to the developers, and Community Ventures is investing $4.6 million of private funding. The city also is funding numerous streetscape improvements such as sidewalk construction and repair, verge plantings, street signs, drainage improvements and street resurfacing, at approximately $400,000.

“Community Ventures is excited to be making investments into the Russell neighborhood. We value this history. We value this culture. We value the people and community organizations that are committed to making this area better for those who want to live and work here,’ stated Kevin R. Smith, President and CEO, CV.

Single-family homes will range in size from 930 to 1,470 square feet, and prices range from $98,000 to $152,000. Russell Design Guidelines were adopted by the Urban Renewal Commission in early 2000s, which consultant Concepts 21 LLC will use in the designs of the new homes to ensure compatibility with the existing neighborhood fabric.

The Cedar Street Development will complement millions of dollars in other investments occurring in Russell, including the YMCA and Wal-Mart developments at 18th and Broadway and the realignment of 18th Street at that location, Louisville Central Community Center’s Old Walnut Street project, the West Louisville FoodPort, Community Venture’s Chef Space, and the Choice Neighborhoods Planning Grant.

For more information regarding purchase of a home, interested homeowners should contact REBOUND, at 502-566-3369, or Community Ventures, at 1-800-299-0267. Potential homebuyers will participate in homeowner training and will get to select among several floor plans for their home.

Streetscape improvements and housing construction will begin this fall. The project boundaries are Green Alley to the north and W Muhammad Ali Boulevard to the south, between 18th and 20th streets. Construction also will occur in a few adjacent lots.

The Cedar Street Development was kicked off in 2005, as the last major piece of the $26 million Russell Urban Renewal initiative, which began in 1990. At that time, developers were sold lots for $1 and built fourteen (14) homes with their own funding sources, before the national economic recession hit and the project came to a halt. All of those homes are currently occupied. These 29 homes that are being announced will bring to fruition the original Cedar Street Development plan of 43 new homes.