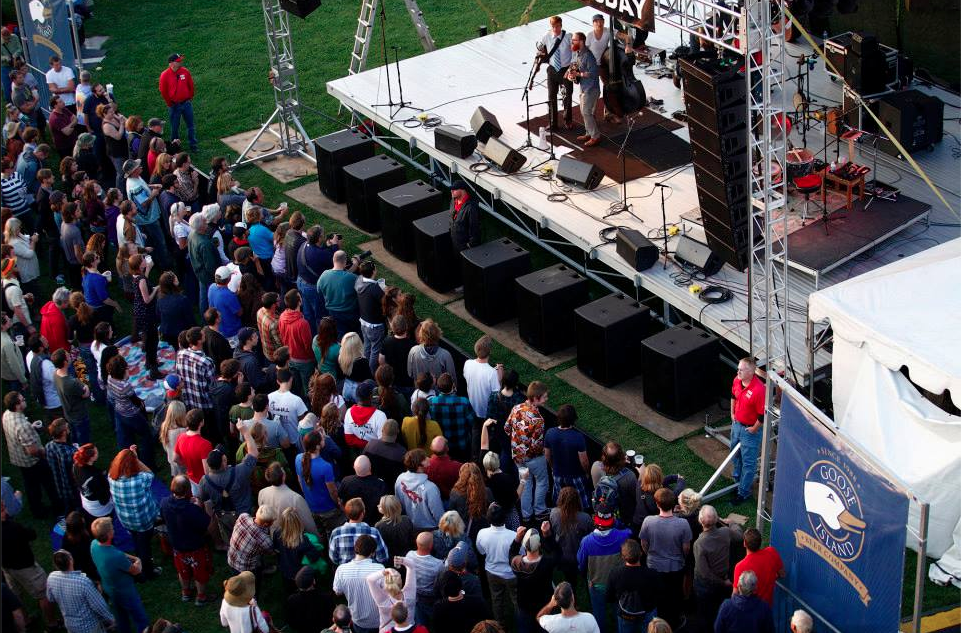 Carly Johnson may just have the most incredible voice in Louisville. This stellar talent can tackle any genre; from jazz standards to her new
album of original soul-pop songs. Carly has put together a band of Louisville’s finest to premiere the new songs live with a giant 12 piece
band.

To alleviate parking congestion caused by the KY/IN Bridges project, a free trolley service, courtesy of Republic Bank, will be offered between
Witherspoon and the Big Four Lawn for people who park West of I-65. THE REPUBLIC BANK EASY TROLLEY will run a continuous loop between 6:00 p.m. until 10:30 p.m.  Outside alcohol is prohibited.  No coolers, glass or pets allowed in the event area of the Big Four Lawn and the adjacent
park areas. For more information, please call (502) 814-6519.

The Waterfront Development Corporation (WDC) and WFPK first partnered in 2002 to produce an innovative concert series that showcased local and
emerging national recording artists as heard on radio station 91.9 WFPK.  Each free concert attracts large audiences to mingle, dance and enjoy
the river in a family-friendly park atmosphere with a cash bar and upscale festival fare.  The event has become a thriving city institution, drawing thousands to Waterfront Park and helping Louisville secure an international award as a top city for festivals.  In addition, the Southeast Tourism Society selected WFPK Waterfront Wednesday® as one of their Top 20 Events.