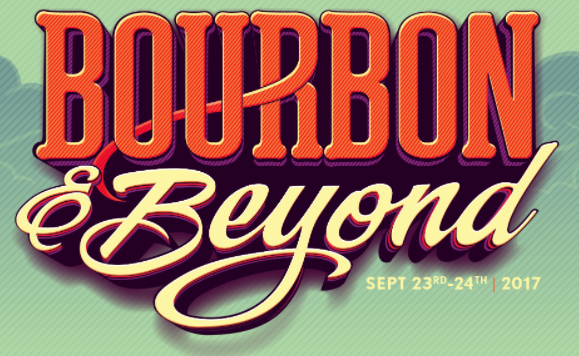 FEATURING:
_THE BIG BOURBON BAR PRESENTED BY LOUISVILLE COURIER-JOURNAL_
_ACCLAIMED BOURBON DISTILLERY PARTNERS SERVING UP THEIR BRILLIANT
BOURBONS_
_THE BEST BOURBON MASTER DISTILLERS ALL TOGETHER FOR ONE WEEKEND_
_ SPEAKEASY BARS & PARTIES THAT YOU CAN ONLY expERIENCE HERE_
_TOP CHEFS FROM KENTUCKY AND AROUND THE COUNTRY SERVING UP MOUTHWATERING
FARE_
_ _
LOUISVILLE, KY – In honor of National Bourbon Day, Danny Wimmer Presents is ecstatic to
announce its highly anticipated Food & Beverage Partners for BOURBON &
BEYOND, an incredible all-in-one bourbon, food, and music festival that
celebrates the craftsmanship, soul and spirit of Louisville, Kentucky.
Taking place for the first time on Saturday, September 23 and Sunday,
September 24, glasses are being raised across the country to toast the
exceptional talent that is making this festival unlike any other.

Danny Wimmer Presents newest venture, the inaugural Bourbon & Beyond, is
a showcase featuring the best bourbons, master distillers, national and
local chefs, bartenders, musicians, and many other artisans. Along with
nationally celebrated Louisville chef, Edward Lee and best-selling
author and acclaimed bourbon authority, Fred Minnick, this talented trio
has brought these partners together to blend the best elements of a
bourbon festival, a food festival, and a music festival into one
all-encompassing celebration.

THE FOOD PROGRAM RUNDOWN:
Attendees of the Bourbon & Beyond Festival are sure to be blown away by
the overwhelming group of talented chefs, famed restaurants, interactive
demos, panels, outstanding dishes and exciting epicurean events taking
over Louisville this September.

* UNFILTERED & UNCUT: Chef Tom Colicchio + special guest:  Unfiltered &
Uncut
* B&B TALKS: “Break The Bootlegger featuring Julian P. Van Winkle III &
Edward Lee”: Join Old Rip Van Winkle Distillery president Julian P.
Van Winkle III and Chef Edward Lee for a discussion of identifying
authenticity and the real cost of counterfeiting in bourbon, and beyond.
* LOVE & FRIED CHICKEN WITH CARLA HALL
* WHY RYE?: Anthony Falco + guest discuss the journey of ancient grains
and what they mean to the art of pizza and distilling.
* TASTE TRIFECTA:  Chris Cosentino, Edward Lee & Mathew Landan (of
Haymarket)
* YOUNG GUNS:  Erling Wu-Bower & Cosmo Goss, move over Jon & Vinny! (I
know we can’t print that but you get my drift)
*  B&B TALKS: “THE WONDER WOMEN OF WHISKEY”: From distilling to
distributing, branding to bartending meet a few of the women who are
leading calling the shots in the bourbon business.

_”I can’t wait to show the world how we do bourbon in Louisville. It is
not just a libation, it’s a lifestyle,” say Chef Edward Lee. “This
is an idea that Bourbon & Beyond and I believe wholeheartedly, and the
culinary elements will bring in a whole new level of quality that we
haven’t seen before at a festival.”_

FOR THE LOVE OF BOURBON – THE STELLAR BOURBON, DISTILLERY & MASTER
DISTILLERS LINEUP:
Curated by Fred Minnick, Edward Lee, and Chris Cosentino, Bourbon &
Beyond has partnered with some of the best Kentucky bourbon distilleries
to offer a rich taste of Kentucky and Bourbon with unique tasting
experiences directly with the Master Distillers and their exceptionally
crafted spirits. Eric Gregory, President of Kentucky Distillers’
Association, says:

“Bourbon & Beyond will attract thousands of people to the Commonwealth
and introduce them to a lineup of great Kentucky Bourbons. We’re happy
to partner with Danny Wimmer Presents on this opportunity to empower
festival goers to drink responsibly and to learn more about our rich
history and timeless craft.”

“Bourbon & Beyond is bringing an entirely new generation of whiskey
lovers to the birthplace of bourbon,” says Buffalo Trace Master
Distiller Harlen Wheatley. “We’re looking forward to celebrating
with the entire bourbon community behind this exciting new endeavor.”

expERIENCES & SPEAKEASIES:
Attendees will also get the opportunity to immerse themselves within the
Kentucky bourbon world even further, from hidden speakeasies to
immersive events such as:

* THE BIG BOURBON BAR: Presented by the Louisville Courier-Journal,
this larger than life activation will include a 20,000- sq. ft bar
serving expertly crafted bourbon cocktails featuring the following,
exclusive Bourbon partners: 1792, Angel’s Envy, Barrell, Basil
Hayden’s, Blade and Bow, Bloody Butcher’s Creed, Buffalo Trace,
Bulleit, Coopers’ Craft, Eagle Rare, Eighteen 33, Four Roses,
Hartfield & Co., Jefferson’s, Jim Beam, Kentucky Peerless, Knob Creek,
Maker’s Mark, MB Roland, Michter’s, O.K.I., Old Forester, Rabbit Hole,
Smooth Ambler, W. L. Weller, Woodford Reserve, and Yellowstone.
* THE HAYMARKET HUNTER’S CLUB: A bourbon hound’s dream come true with
experimental, rare, and hard-to-find bourbons.
* THE BROWN-FORMAN COOPERAGE: Brown-Forman is the only major spirits
company in the entire world to make its own new barrels, and Bourbon &
Beyond is very excited to partner with The Brown-Forman Cooperage to
offer festivalgoers the experience of witnessing the historic art of
barrel raising and featuring Old Forrester, Woodford Reserve, Coopers’
Craft and Jack Daniel’s Tennessee Whiskey.
* DOWN THE RABBIT HOLE SPEAKEASY: Rabbit Hole invites you to go Down
The Rabbit Hole into an exclusive bar hidden off the beaten path
featuring cocktails by Proprietors LLC, the team behind Death & Co.
That’s all we can say for now – figuring out how to get in will be
entirely up to you!
* BOOKER NOE’S SMALL BATCH BAR: Booker Noe was a sixth-generation
master distiller who grew up at a distillery in the heart of Kentucky.
He was born to bourbon. He actually coined the term “small batch.”
And if you can find Booker Noe’s Small Batch Bar, you’ll be one of
the lucky guests to taste and experience what Booker believed in: Like
bourbon, life is best enjoyed in slower, smaller batches. Head here and
enjoy some Basil Hayden, Knob Creek and Baker’s.
* THE SMOOTH AMBLER SALOON: Hidden somewhere on the grounds of Bourbon
& Beyond is The Smooth Ambler Saloon, a speakeasy featuring Old Scout
bourbon cocktails. Stay tuned for details on how to get in!
* BOURBON WORKSHOPS: Access to bourbon’s best and brightest in a
series of free and intimate distilling, bartending, pairing, and cooking
workshops.

The Bourbon & Beyond Festival is sure to be the most unforgettable and
inspiring experience of music, food and bourbon yet. Like the flames
that char the barrels, the hearth that nourishes our appetites, or the
heart of an incredible beat, soul and passion will radiate throughout
the Bourbon & Beyond festival.

For tickets and more details on the full line up of Food & Beverage
Partners, please visit BourbonandBeyond.com [2].