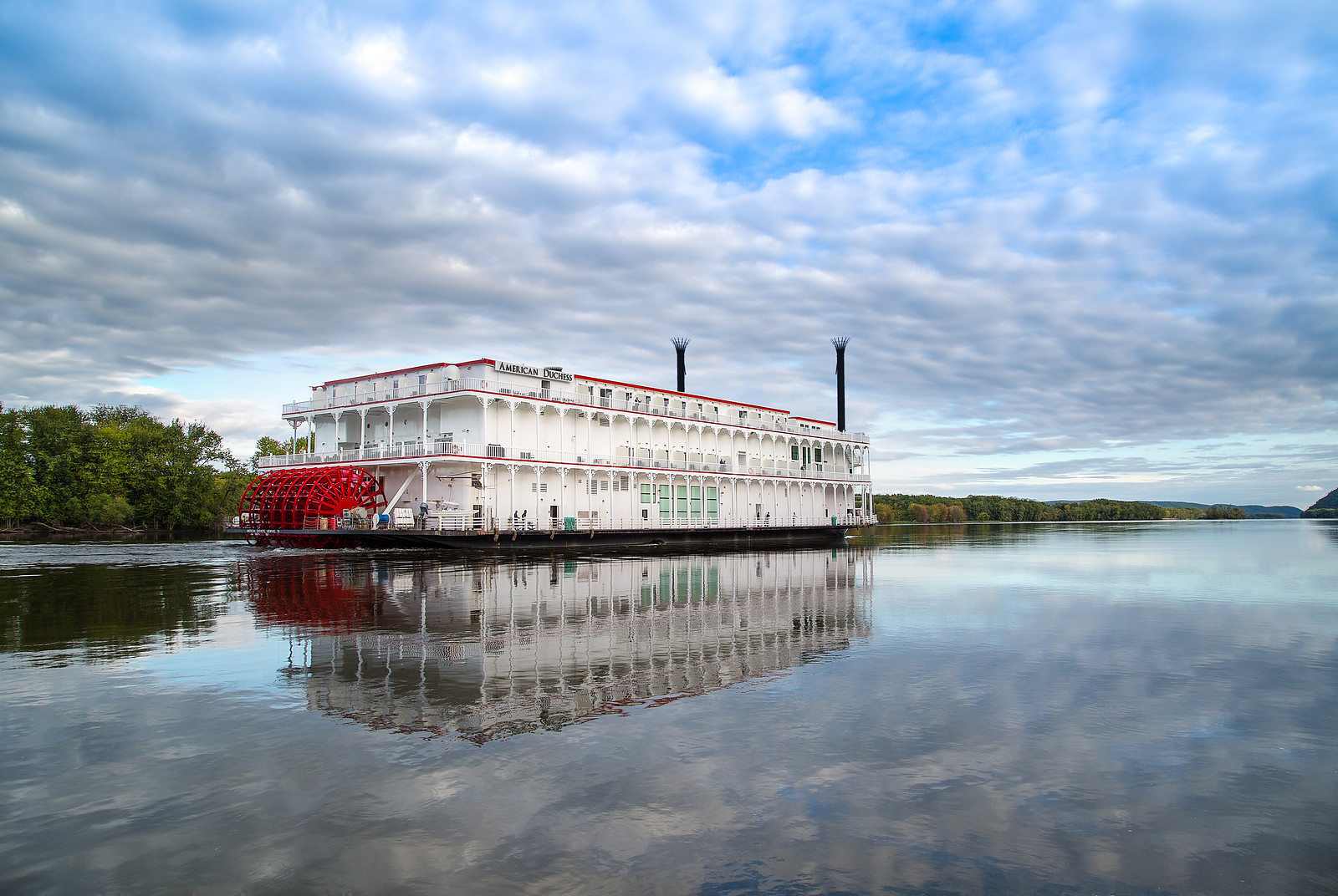 Louisville, KY.   – The jousting has begun for the 2018 Great Steamboat Race set for Wednesday, May 2, on the Ohio River. Three boats will compete in 2018. The American Duchess, the newest paddle wheeler built by the American Queen Steamboat Company, will challenge the Belle of Louisville and Belle of Cincinnati for bragging rights on the Ohio River. The format of the boat race is also taking a new turn in 2018.

“The crews of the three boats have decided to forego the crew challenges and point system we’ve implemented the past several years,” said Mike Berry, Kentucky Derby Festival President & CEO. “Instead they want a traditional race on the river. May the best boat win and let the shenanigans begin!”

The 14-mile course on the Ohio River starts and finishes at the Clark Memorial Bridge. The winner will be determined by the first boat to cross the finish line. They’ll be presented with the set of 12-point Silver Antlers at the post-race ceremony.

Representatives from all three vessels, as well as the Kentucky Derby Festival, also participated in a Four Roses Bourbon tasting this morning to determine which single-barrel bourbons would be served aboard the Belle of Louisville and Belle of Cincinnati during the race. Passengers on board both boats have the opportunity to sample the two bourbons and vote for their favorite. The boat with the winning bourbon will receive a mini bourbon barrel trophy at the end of the race.

Boarding for the Great Steamboat Race will take place from 4:30 to 5:30 p.m., with all the boats departing the shore at 5:45 for a 6 p.m. start. Each boat will be assigned two judges, in addition to an overall event judge from the Derby Festival. The Awards Ceremony will take place immediately following the race at the Chow Wagon in Kroger’s Fest-a-Ville on the Waterfront.