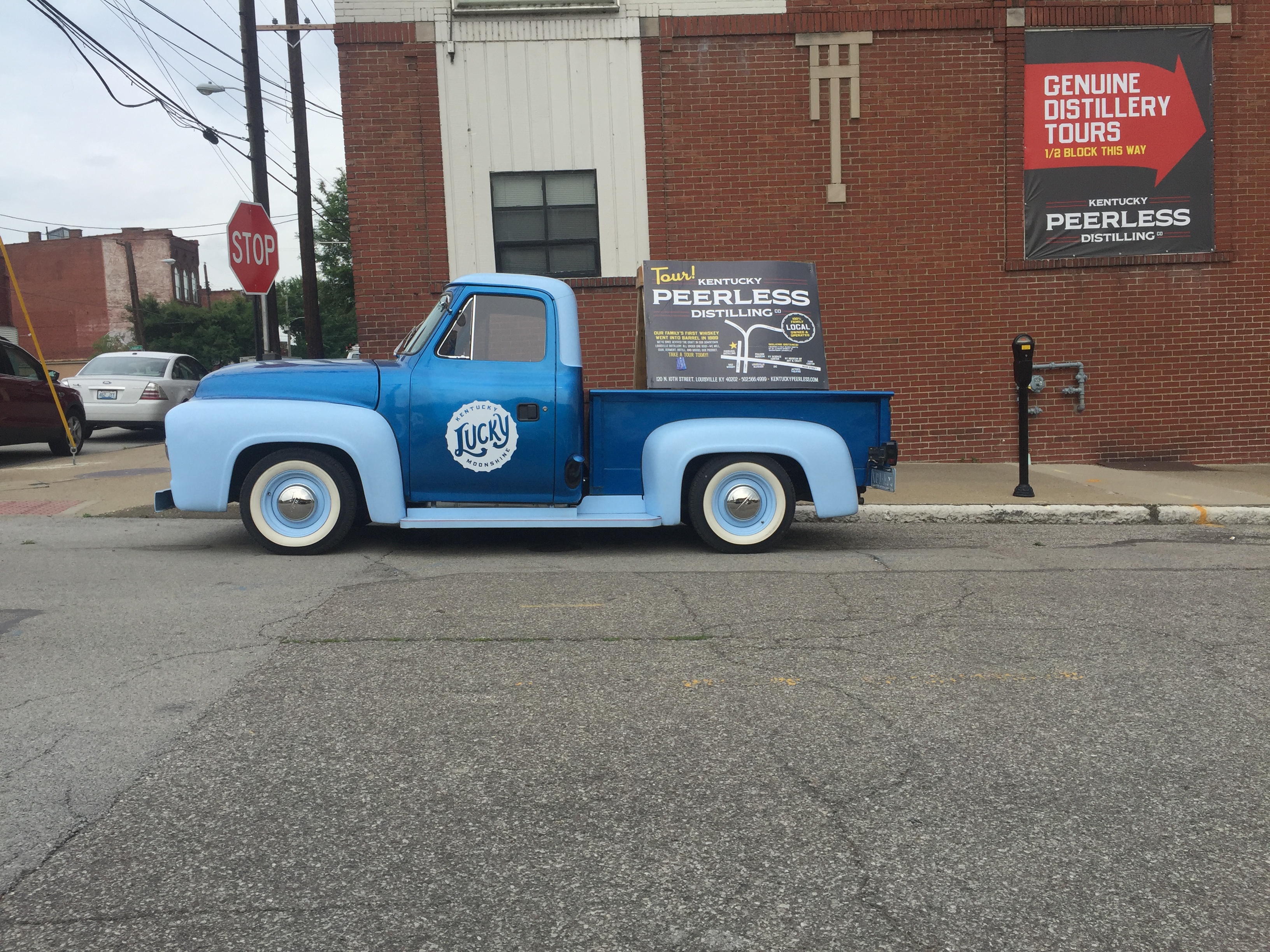 I’m told that getting to sample this 13-month old bourbon, currently aging at the Peerless Distillery on 10th Street, is quite a privilege. Lots of flavor, and the highlight of a brief tour of the facility that is celebrating its

one-year anniversary today. Thanks to Corky Taylor, who has an amazing cache of stories to tell about his extraordinary life, beginning with his childhood in Henderson, being classmates with the Allman Brothers and Al Gore, golfing at Murray State and professionally, and running a very successful business.

You can imagine that for a guy like that, retirement left a lot to be desired. He told me he walked around on the beach for a year and then decided, hey, I always wanted to own a distillery. So he came home to Kentucky and started one.  And that’s just part of the story he tells me on our new EatDrinkTalk podcast. Download and listen here:

Ricky’s Got a New Nickname: When Everett Corley called Ricky L. Jones a “damn dirty black bastard” on Facebook, a bit of a firestorm erupted on social media. It all came about after a Judge denied Corley’s efforts to block the dismantling of a Confederate Statue in the middle of the U of L campus. Too late, Corley realized that being labeled a racist wasn’t good for his career as a real estate agent, especially after reporters started calling his company to find out if he was still going to be working there.

Listen to Ricky talk about it here:

Record Spinning Tales: I also got to speak with WFPK DJ John Timmons, and we reminisced a bit over the ear x-tacy record store and the start of “Keep Louisville Weird,” the successful and long-lasting campaign to encourage locals to buy things locally, from businesses like Rainbow Blossom and Heine Brothers, to name a few.

FREE HOT DOGS: I kid you not, the city of Jeffersontown is giving away at least 1,700 free hot dogs next Fridayu as part of its Summerfest celebration. You can also check out Inside Out, the free movie being shown outdoors. Also on the Jtown Chamber podcast, I got to talk with Tisha Gainey about next weekend’s big event, the Summer Craft Beer Festival, which takes place in the Pavilion a short stumble from my house. Come on over. Here’s the podcast:

Forty-ish: My friend Dan Vonderheide has started a new podcast with Stephanie White that celebrates all that comes with being in your 40s. I remember all the stuff they talked about in the first show, which included EatDrinkTalk co-host Steve Coomes talking about the dilemma of trying to take your kids out to nice places to eat. Here’s the download:

I suggested he use this song as the show’s theme.

Short Shots: Saturday’s Best Bet is the Fest of Ale in New Albany, from 3-7 on the Riverfront. It’s the 11th annual Fest, but first in this new location. . . Also, there’s plenty of playoff baseball at Patterson Stadium, where the Cards hope to emerge and move on to the Super Regionals. . . OPEN AND SHUT:  Cafe Lou Lou in the Highlands is gone. Ciao will replace Baxter Station on Payne Street. And Yang Kee Noodle finally opened at Bardstown and Baxter in the Highlands. . . In TV, WHAS-11 forecaster Kristin Walls, a former Rusty Satellite guest, had a going-away party last weekend. She’s off to a new gig in California. And WAVE’s Lauren Jones, married to WDRB’s Jude Redfield, had her baby this week. . . Muhammad Ali has been hospitalized in Phoenix, but according to CNN it is expected to be a brief stay. . . Troubled nightspot Cahoots on Bardstown Road is not closing, yet. Looks like the bar’s landlord has given Cahoots another month to get caught up, or Cahoots gets the boot.