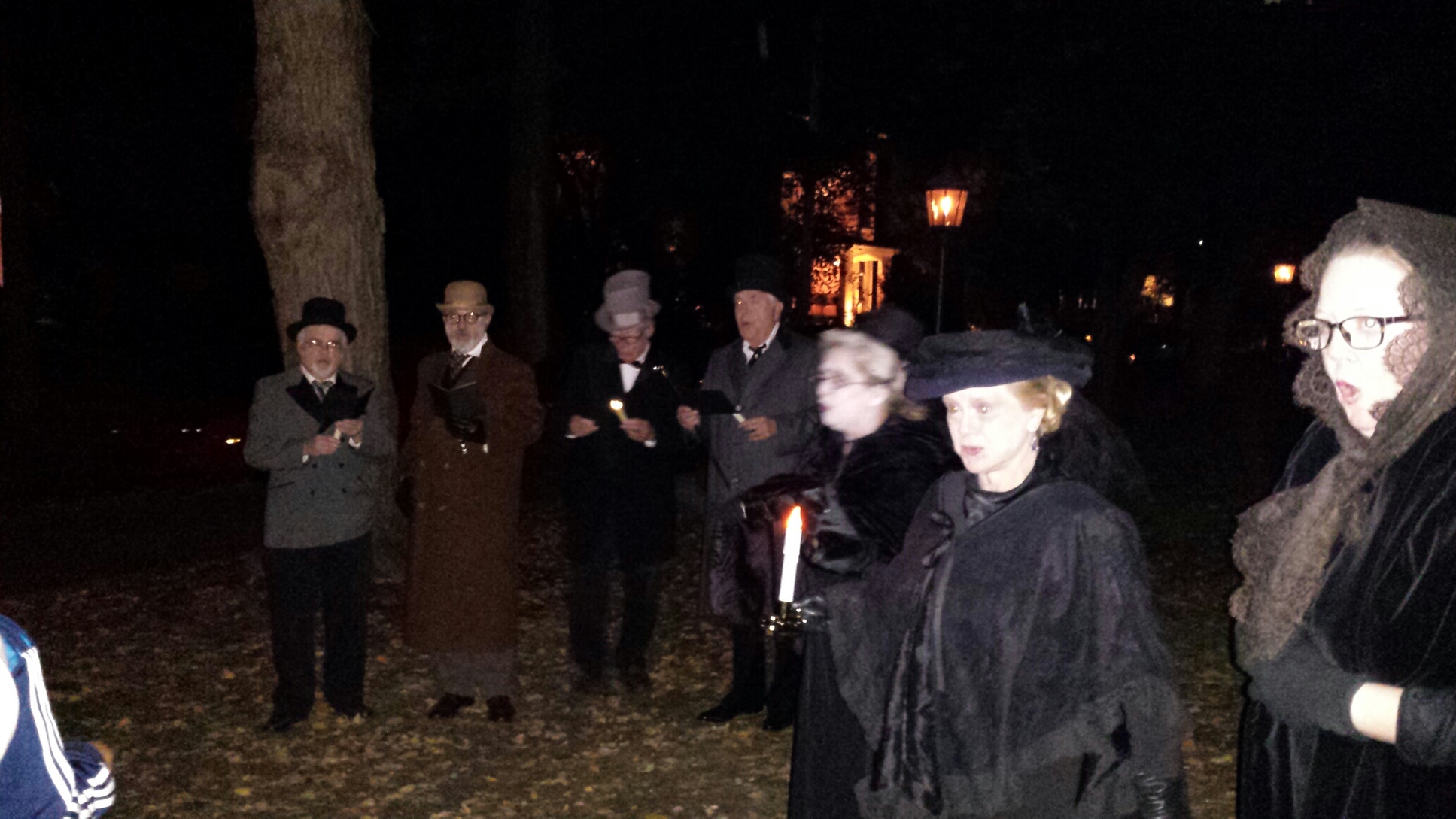 LouisvilleKY.com is celebrating/lamenting the end of October and Daylight Savings Time by getting out on the town and, also, watching some good TV — Cards at Wake Forest Friday night, then the Breeders Cup all weekend (you can still get a Friday ticket for $22 on StubHub). On Sunday, you can see Rick Pitino’s Cardinals at the Yum! Center against Bellarmine.

Sad Sombrero: Let’s not feel sorry for U of L president James Ramsey, whose office had to defend this embarrassing photo of staff members making fun of Mexicans. The pic was from a story reported by the Courier-Journal at a party held at Amelia Place, the expensive president’s home that the University keeps and maintains even though Ramsey doesn’t want to live there. The mini-controversy made national news, as if we haven’t had enough of that already.

Speaking of Scandal: The week’s bombshell was the interview of Larry Wilder, Katina Powell‘s attorney, on local radio. Wilder said his client won’t be talking to the NCAA or anyone else without immunity from prosecution. You can tune in right now and hear stupid people applying bad logic to the situation on local radio, but . . . don’t.

Wanna Be a Maintenance Technician? : That Snelling Staffing’s Job of the Week.

The End is Near: Some of you will be voting on Tuesday for a new governor. Matt Bevin picks and chooses with reporters he wants to talk to, makes contradictory statements, kicks thousands of people off Medicaid and says he wants to drug-test anyone on any type of public assistance. Jack Conway, if you’ve seen any of the awful TV ads put up by Republican-backed interests, is just like Obama. I’m going with Jack.  On Wednesday, it’s back to awful car sales pitchmen on TV.

$28 Million, $16.9 Million: Separate announcements this week revealed that a $16.9 million grant has been awarded to make Dixie Highway safer and spur development — and $28 million is being requested to develop an arts and culture district at Paristown Pointe.

Beauty Queen, Addict, Speaker: Her 15 minutes of fame came in 2006, and includes a famous interaction with Donald Trump, but former Miss USA and Miss Kentucky Tara Conner is telling her story of addiction recovery across the country, while pursuing a show business career in L.A.  Listen to my interview on Rusty Satellite.

Let’s Go Tops, and WDRB: Fox41 sent Ric Bozich and Mike Lacett on a two-day trip to Baton Rouge with WKU’s football team, and got some great behind-the-scenes footage. It’s worth five minutes to watch. My mid-season assessment of local football schools is here.

An $8 Million Makeover: Listen in as the Airport’s Skip Miller talks about the $8 million that will be spent to update the airport terminal — hint: bourbon-themed. Skip will be our guest speaker Nov. 10 at the Breakfast of Champions. Sign up here.

Rusty Alum Beauty Queen Update: Here’s a nice piece on U of L volleyball star and Miss Kentucky Katie George, who is doing a #GirlPower segment on WLKY-TV. It airs on Fridays.

Falling Back: I don’t like it either, but cut your Saturday night short an hour and get ready for darkness on the edge of our town by 6 p.m. next week.