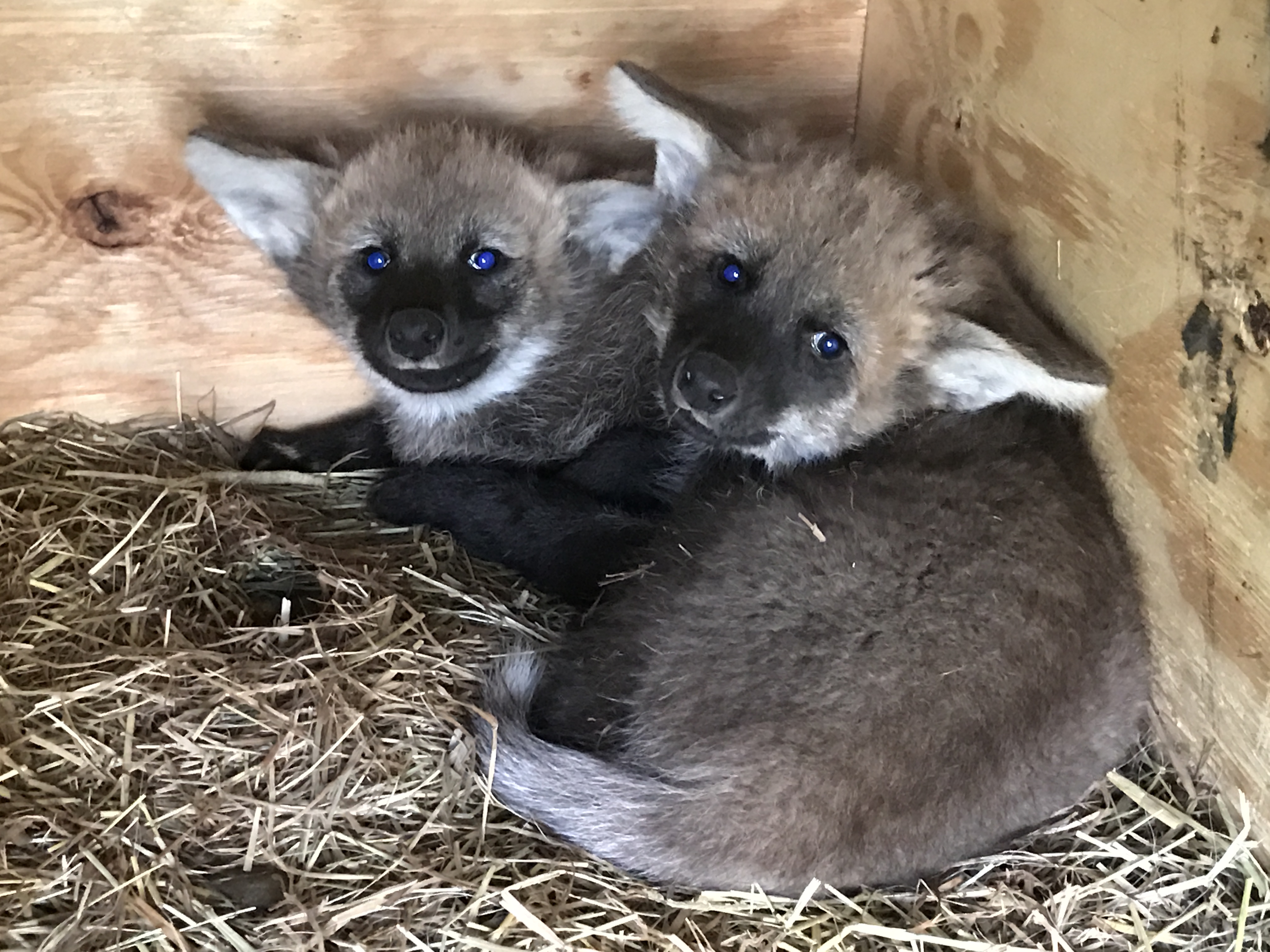 Louisville, KY., – The Louisville Zoo maned wolf zoo keepers have chosen five sets of possible names for the Zoo’s newest additions — two female maned wolf pups — and the Zoo wants your help in selecting the winning names.  The pups were born February 14 to wolves Sadie and Rocko, both five years old. The pups are the first to be born at the Zoo in ten years. The IUCN Red List of Threatened Species lists the maned wolf as near threatened.

Listed below are the five sets of names for which the public is invited to cast votes to determine the winning set:

Named for Ginger Eye, the senior maned wolf keeper at the Smithsonian Conservation Biology Institute who shared her knowledge about maned wolves with our keeper staff. Ginger is also the orangish-brown color of the maned wolf coat.

Ruby Rudy: Ruby is from the Latin word rubeus meaning “red” (also similar to the coat color of some maned wolves). The name Rudy was chosen for the Louisville-based pet food company Rudy’s Greens that worked with keeper staff to formulate a special custom blend to address the nutritional needs of the Zoo’s maned wolves.

Named after the two sisters in the Beverly Cleary kids’ books, “Beezus and Ramona.”

Cora is short for “Coração,” meaning “heart” in Portuguese. The pups were born on Valentine’s Day.  Catina is a Portuguese name for “girls,” meaning “pure.”

Maned Wolf Pup Naming Contest
The naming contest has begun and votes must be received by midnight EST on Sunday, June 4, 2017. There is no purchase necessary to enter.

The set of names receiving the largest number of votes will be used to name the wolf pups. Only one vote for each unique email will be considered. All voters who cast their votes for the winning set of names will be entered into a random drawing for the grand prize. One grand prize winner will be selected. Winner will be announced the week of June 12.
The grand prize is a behind-the-scenes tour for up to five (5) persons. Total retail value of prize package is $250. No cash value or substitutions.

A complete list of the official contest rules can be found at louisvillezoo.org/contest.
***
The Louisville Zoo, a non-profit organization and state zoo of Kentucky, is dedicated to bettering the bond between people and our planet by providing excellent care for animals, a great experience for visitors, and leadership in scientific research and conservation education. The Zoo is accredited by the American Alliance of Museums (AAM) and by the Association of Zoos and Aquariums (AZA).
# # #