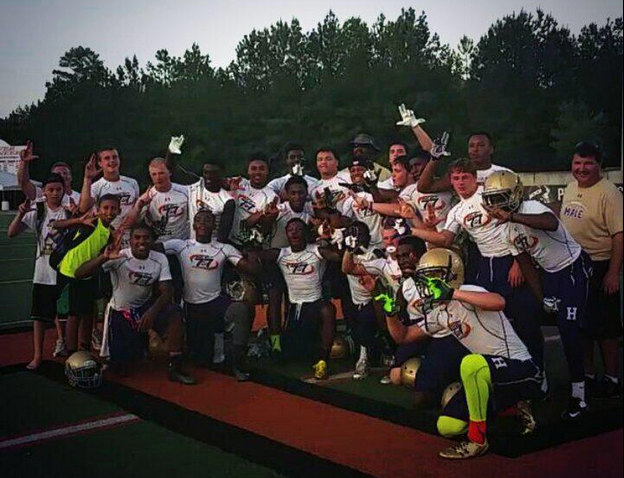 Louisville, Ky., – Male from Louisville, Ky., won the National Select 7 on 7 Championships on Saturday in Alabama, to become the first team from Kentucky to take the crown since the event began in 2001.

The double-elimination tournament field began with 32 teams from 13 states, including multiple state champions.

Host Hoover, which had won four consecutive games to emerge from the losers bracket, needed to beat Male twice to win the title. In the first game, Hoover snapped Male’s five-game winning streak with a 27-24 victory to force the winner-take-all finale. But Male bounced back to win that game 20-16.

Male jumped to a 12-2 lead early and then pushed the advantage to 20-10 with a score with 1:30 left. Hoover answered to cut the margin to 20-16 with 40 seconds remaining. The Bucs could get no closer.

Male advanced out of the winners bracket with a 35-20 victory against Mallard Creek (Charlotte, N.C.).