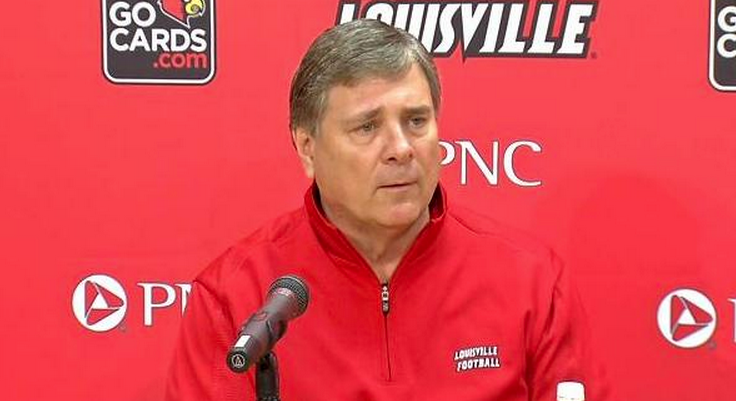 LOUISVILLE, Ky. — University of Louisville Vice President/Director of Athletics Tom Jurich will be inducted into the Flagstaff Sports Foundation Hall of Fame on Wednesday evening at Little America Hotel in Flagstaff, Arizona.

While Jurich has led the Cardinals to unprecedented heights during his nearly 18 years at UofL, he had outstanding early successes in Flagstaff.

Jurich is among the finest football players in Northern Arizona University history. A punter, placekicker and backup quarterback for the Lumberjacks, he earned first-team Kodak All-America honors in 1977 — the first collegiate kicker to make the Kodak honor list — and also received All-America acclaim from The Sporting News. He is the only kicker in Big Sky Conference history to be named the league’s offensive player of the year.

After a stint in the NFL and private business, he later returned to NAU to serve as director of athletics for eight years at his alma mater. When appointed at NAU, he was the youngest director of athletics at the NCAA Division I level at the time.   He was inducted to the NAU Sports Hall of Fame in 1989 and was honored as the NAU Alumnus of the Year in 2011.  He left NAU in 1994 to become the athletic director at Colorado State before moving on to Louisville in 1997.

Most recently at Louisville, CBS Sports has recognized the UofL athletics program among the top three nationally in its annual “Best in College Sports” review each of the past three years, including a second-place ranking in the 2014-15 season.  Louisville was successful in its highly-competitive new home in the Atlantic Coast Conference – a league to which Jurich guided the Cardinals’ move — joining seven ACC schools ranked among the top 30 in the Learfield Sports Director’s Cup final rankings in 2014-15.