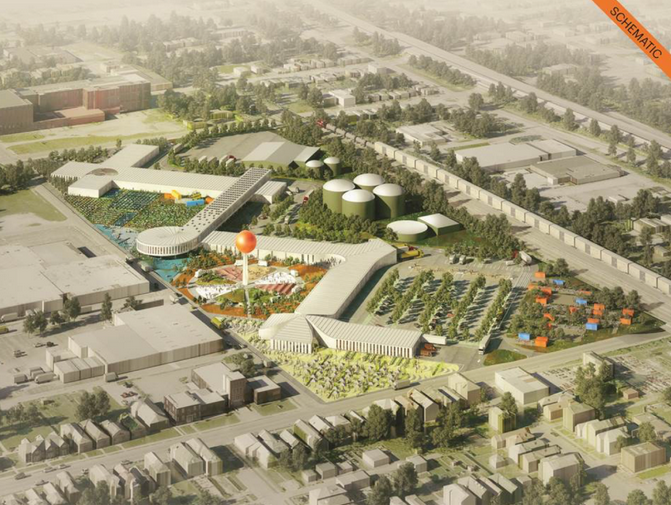 LOUISVILLE (July 21, 2015) – Mayor Greg Fischer joined a delegation of U.S. and Italian mayors at expo Milano 2015 to discuss their role in helping to shape a healthy and sustainable local food environment. Fischer, one of five mayors representing the United States Conference of Mayors (USCM), discussed Louisville’s plans and challenges.

Fischer showcased to a global audience how Louisville’s Food Port – unlike a typical food hub – will combine farming, processing, retail and recycling in one location, creating 251 permanent jobs and 275 temporary construction jobs.

“This is a central place where consumers and food producers can meet,” Fischer said. “The $58 million project will have a positive impact for our entire community by increasing access to fresh, healthy foods while helping to meet the future needs of our city.”

Fischer also noted the role the Food Port plays in the city’s overall economic development approach. Food and beverage is one of five business clusters that includes the growing “bourbonism” movement.

Other cities throughout the world will continue to follow the progress of the West Louisville Food Port which is expected to open in spring, 2017.

The Mayoral Policy Food Forum was part of a multi-day gathering between USCM and the National Association of Italian Municipalities. The two organizations also signed a memorandum of understanding in Turin, Italy to explore and share best practices on such important topics as food policy; urban transportation; culture and tourism; the environment; innovation and health.

“I am pleased to bring the leadership of The United States Conference of Mayors to discuss food policy and best practices to meet the needs of overwhelming majority of people now living in the cities of the world,” stated Tom Cochran, USCM Chief Executive Officer and Executive Director. “Mayors of the United States Conference of Mayors are leading the way for a national conversation and a healthy food policy for all Americans.”