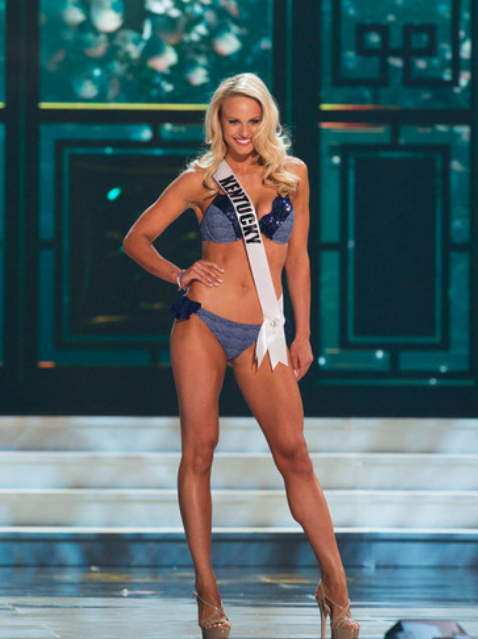 Miss Kentucky Katie George, who also happens to be University of Louisville’s volleyball captain, was a guest on The Rusty Satellite Show, shortly after winning the Miss Kentucky crown. Here’s a link to Rick Redding’s January 29th episode:  http://rustysatelliteshow.com/multitasking-with-holly-houston-katie-george-on-winning-a-beauty-pageant/

Unfortunately, she didn’t win. She had made it all the way to the top 15 contestants, and later, fans voted her to the top 11 before eventually leaving the stage.