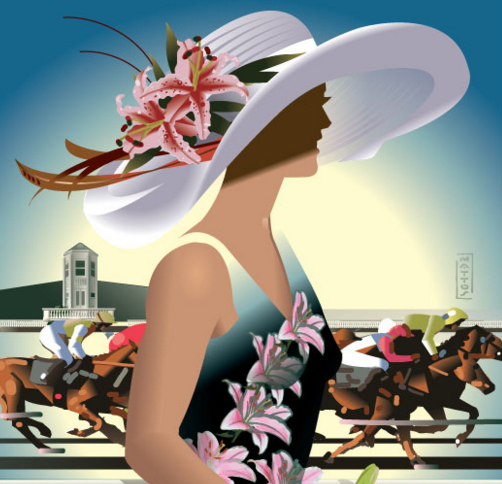 LOUISVILLE, Ky., Feb. 16, 2016 /PRNewswire/ — Churchill Downs Racetrack and its charitable partners Bright Pink® and Horses and Hope today announced that the online nomination process to select 142 breast and ovarian cancer survivors to walk in the 2016 Survivors Parade is open to the public. To nominate and select survivors to champion breast and ovarian health in this year’s Survivors Parade visitwww.kentuckyderby.com/survivors. Nominations and selections end on March 15. The 142 participants will be announced on the website on March 16 and receive two seats to the 2016 Kentucky Oaks.

“The Survivors Parade is such a special way to honor those who have been impacted by breast and ovarian cancer,” said Lindsay Avner, Founder and CEO of Bright Pink, a national nonprofit focused on the prevention and early detection of breast and ovarian cancer. “The prominence of the Kentucky Oaks helps us educate women on the importance of prevention and early detection on a national scale.”

The Survivors Parade is the centerpiece of the Oaks day Pink Out celebration to raise funds and drive national breast and ovarian health awareness. Pink Out has raised more than $740,000 in the past seven years. This year Churchill Downs will donate $50,000 to Bright Pink and $1 from each Grey Goose® Oaks Lily® cocktail sold on Oaks Day to Horses and Hope, a breast cancer outreach initiative for members of Kentucky’s Horse industry.

vineyard vines, the Official Style of the Kentucky Derby, will donate 30 percent of proceeds from the sale of three Pink Lilies items in its Kentucky Derby collection to Bright Pink. These include a tie, bow tie and fascinator and will be available starting March 15 at www.vineyardvines.com, in vineyard vines retail stores, at select retail partners and through the vineyard vines site at Churchill Downs.

The public can support the cause and donate online to Bright Pink from Tuesday, February 16 – Sunday, May 8 at www.kentuckyderby.com/survivors.

“The Survivors Parade is an uplifting experience for the thousands of fans who attend the Oaks,” saidRyan Jordan, General Manager of Churchill Downs Racetrack. “These are critical health issues that have impacted many of us at Churchill Downs and we are proud to support breast and ovarian health on Oaks Day.”

About Longines
Longines has been based in Saint-Imier in Switzerland since 1832. Its watchmaking expertise reflects a strong devotion to tradition, elegance and performance. Longines has generations of experience as official timekeeper of world championships and as partner of international sports federation. Over the years, Longines has established solid, long-term relationships with the sporting world. Renowned for the elegance of its timepieces, Longines is a member of the Swatch Group Ltd., the world’s leading manufacturer of horological products. Using the winged hourglass as its emblem, the brand has outlets in over 150 countries. www.longines.com

About Horses and Hope
Founded in 2008 by Kentucky First Lady Jane Beshear and the Kentucky Cancer Program, Horses and Hope helps provide breast cancer awareness, education and early detection and treatment referral inKentucky’s Horse racing industry. Utilizing its pink stable of volunteers, the organization focuses on programs at Kentucky’s four thoroughbred race tracks to provide education and outreach for race fans and track workers. This is the sixth year Churchill Downs has donated a portion of Grey Goose Oaks Lily® sales to the charity.

About vineyard vines
vineyard vines®, a company best known for its whimsical neckties and smiling pink whale logo, was founded in 1998 on Martha’s Vineyard when brothers Shep and Ian Murray cut their ties with corporate America to start making ties that represented the Good Life. In addition to signature neckwear, vineyard vines offers a variety of clothing and accessories for men, women and children. Products are sold in over 600 specialty and department stores worldwide, through a seasonal catalog at (800) 892-4982, online atvineyardvines.com and at over 50 freestanding stores.