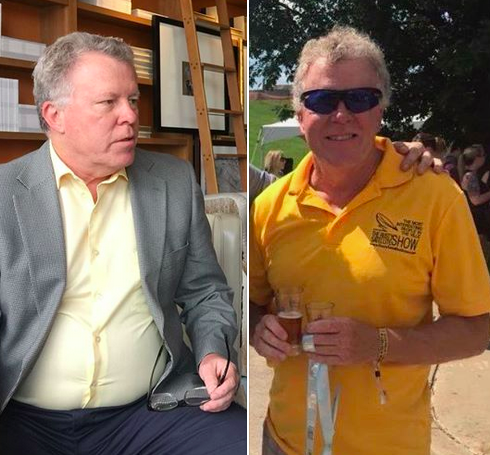 When my weight started creeping upward a few years ago, coinciding with an injury that forced me to quit playing racquetball, I knew I would be in trouble, health-wise, eventually. Fortunately, a chance conversation with Peggy Heuser at Heuser Health has my health headed in the right direction.

My clothes weren’t fitting. I felt sluggish in general, and couldn’t do some basic physical acts, like bending over. So I scheduled a session with Peggy, and she ordered some tests of my blood. When I walked into her office, the WAKE-UP call was fully on.

I learned that my A1C level, which measures whether or not you have diabetes, had creeped into the danger zone. I had diabetes, she said, but her idea was to treat it with diet and exercise, as opposed to the drug Metformin. She educated me about diet, and exercise, and diabetes, over a two-hour one-on-one session. She had my attention, and I made an immediate and dramatic change in the way I ate. No more fast food, no more all you can eat pizza, no more fries, no more pasta, no more bourbon (ouch).

While I began eating a lot of fruit, the most sugary of them, and my favorite, bananas, were out. Along with orange juice.

Instead, I found places that serve grilled or blackened fish and chicken. For breakfast, I know I’ve consumed my last sausage biscuit from McDonald’s. Instead, I’ve found a Kasha cereal, or yogurt, with berries. And I can eat eggs, with veggies like peppers, onion, tomatoes and mushrooms. The closest thing to fast good I eat is a bowl of chicken, brown rice and black beans at Qdoba. I found a flavored sparkling water that tasted good, and I could drink vodka with it.

The diagnosis came in March. I also started going three times a week to fitness classes at Heuser’s facility in the Mellwood Arts Center. And Peggy put me on a few medicines, mainly vitamins, and a Testosterone cream. After two months, I had dropped nearly 20 pounds, and my A1C level had dropped to the pre-diabetes level. Another month, and I was totally safe on the diabetes chart, plus I’d dropped 4 inches around my belly.

The change in diet, for me, simply required having someone to be accountable to, and I knew that faced with dire consequences, I would not waver. Plus, I now have an excuse to pass on certain foods, and to choose not to go to certain restaurants.

The fitness benefits amaze me. I’ve been athletic all my life, playing football and baseball in high school, and then doing distance running through my 30s, and always playing a highly competitive level of racquetball. That ended when I had ankle surgery in 2015. So I got fat. And lazy.

The fitness classes mix cardio (running on an elliptical) with weight training (primarily with dumbbells) and core exercises (like crunches, leg lifts, etc.), all in an hour. The instructors are friendly and helpful, and most classes have less than a dozen participants, who are male, female, young and old. And happy to be there.

I’ve noticed a great improvement when I ride my bike. This week I rode out River Road and averaged 16 miles per hour in a one-hour ride, about 2 mph faster than usual, never getting fatigued. I’ve gained a good 20 yards with my driver on the golf course. And in the exercise classes, I’m increasing the weight I use and don’t get tired. My overall energy level is way up.

Check out the program at Heuser Heatlh, talk to Peggy, and do yourself a favor. If you’re eating all the crap that’s out there – at fast-food restaurants or just stuff that’s bad for you, whether you’re in danger with diabetes or not, make a decision to change.