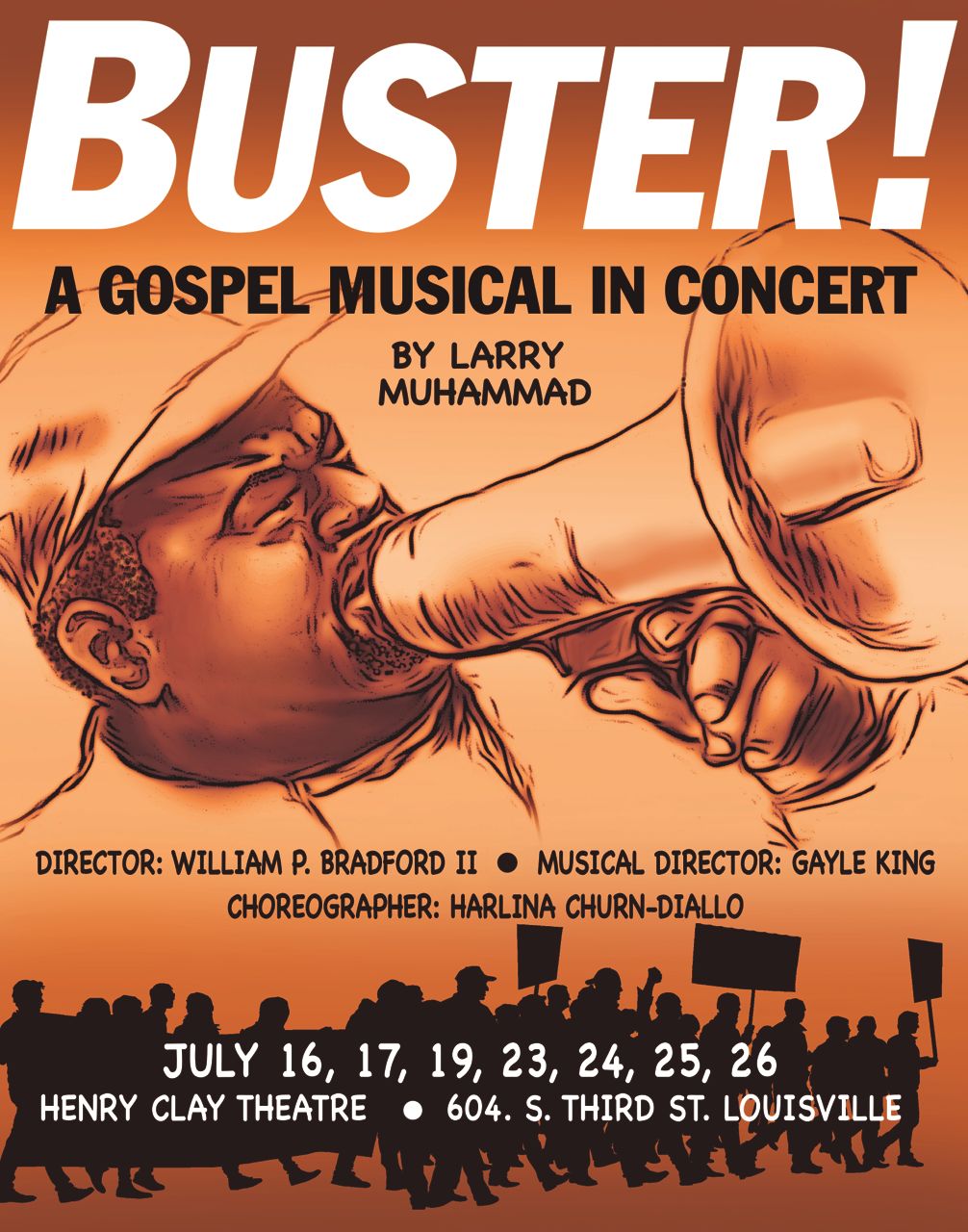 For 40 years he was Kentucky’s most outspoken advocate for social justice.

He won a state-funded pollution program limiting toxic emissions in Rubbertown. He made the University of Louisville hire minority subcontractors to help build Papa John’s Cardinal Stadium. He pushed Louisville Police to recruit more nonwhite officers, and even forced the PGA to expand the role of minorities in golf nationwide.

“When I view the scriptures,” he once said, “I see where the Lord that I serve challenged evils in His society, and I feel strongly that the church ought to be about that too.”

Now his inspiring saga of courage, faith and hope is brought to the stage in Larry Muhammad’s new musical BUSTER!, set to a rousing gospel score.

“I covered Rev. Coleman as a reporter for The Courier-Journal, and we talked briefly about my writing a biography – something impossible to pursue while I was writing about him the newspaper,” said Muhammad, whose previous history plays are HENRY BAIN’S NEW ALBANY, DOUBLE V, THE MAGNIFICENT STEPHEN and JOCKEY JIM. “But once I became a playwright, bringing his uplifting story to the stage was a priority.”

WHAT: “Buster!” A gospel musical in concert about Rev. Louis Coleman