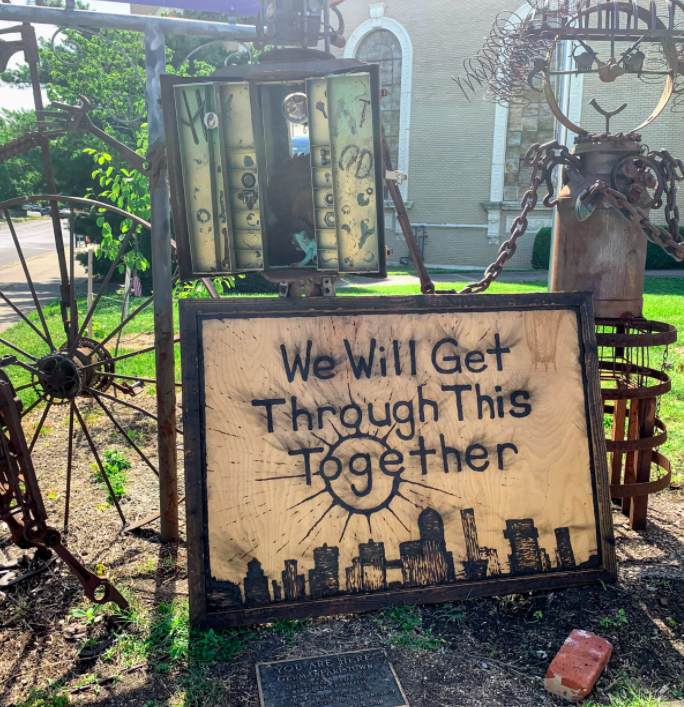 While the ‘Ville continues to stumble through downtown protests and businesses struggle to reopen, we’re having a primary election that could reshape the lives of our citizens. And I wonder how many will get through all the obstacles to casting a vote.

This week I talk with Dan Borsch, restaurant owner, local activist and long-time friend of the show, about campaigning in his race for Metro Council and the city’s struggles at large. Borsch is not a fan of Mayor Fischer’s handling of things, and has some solid ideas about moving forward. Meanwhile, he’s running four restaurants, all bouncing back from the coronavirus shutdown.

Take a step back in time with me as I talk with Steve Magre, who spend two decades on the Metro Council’s predecessor, the Board of Aldermen. But Magre is a legend in the Germantown and Paristown neighborhoods, and there’s even an alley named from him behind Logan Street Market. He contacted me because of his work advocating for Child Care Centers, which were officially allowed to reopen on Monday.

I’m filing my absentee ballot today and joining the momentum in supporting Charles Booker, who I think is our best chance to rid the Senate of Mitch McConnell. The state is flailing in its attempts to manage unemployment benefits, as evidenced by the 8-hour wait times in a line in Frankfort. There was a brutal scene in which a WLKY news vehicle had a brick thrown at it downtown. And more businesses, including downtown hotels, pools and child care centers, are opening back up. And yes, there’s still a pandemic.

All that right here on the most interesting podcast in the ‘Ville, coming at you for its 354th episode. It is brought to you by EXP Realty, the Eye Care Institute and Heuser Health.