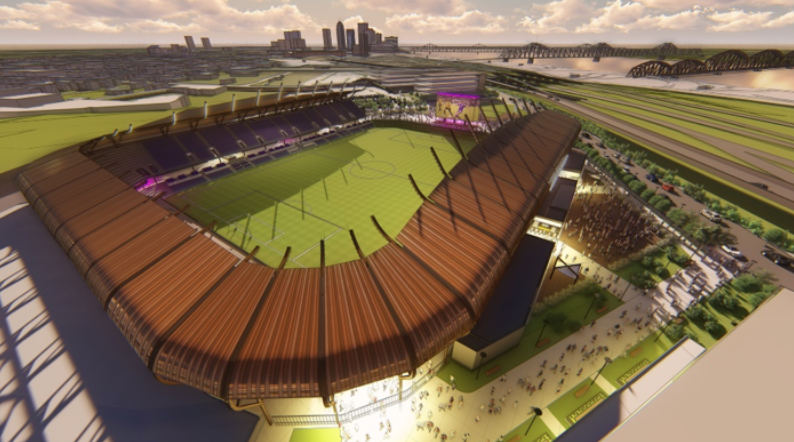 As the world looks to regain some normalcy in 2021, Louisville is betting on sports to take center stage in recovery efforts with the recent opening or renovation of several key sports facilities touching multiple sports segments.

The sports market has historically been a strong driver for tourism in Louisville and industry leaders see it is as one of the more resilient types of business to start a rebound post-COVID.  To that end, two agencies that work to drive sports business to the city, the Louisville Sports Commission and Louisville Tourism, have worked to book seven groups at the new Norton Healthcare Sports & Learning Center –four of which will meet right away in February including Appalachian Athletic Conference (AAC) Indoor Track Finals, Kentucky College Indoor Track Invitational, Louisville Indoor Games and Kentucky Track & Cross-Country Coaches Association Age Group Meet.

Other players that secure events for the Norton Healthcare Sports & Learning Center include the Louisville Sports Commission and facility manager ASM Global, who has a successful track record booking events as they manage the KFC Yum! Center in the city as well. The center is anticipated to generate fan and participant hotel stays along with increased visitor spending.

Details about each project:

Norton Healthcare Sports & Learning Center: Although a ribbon cutting ceremony was postponed due to inclement weather, the $53 million-dollar one-of-a-kind facility is a 24-acre, multi-sport complex located in Louisville’s Russell neighborhood and is slated to host a variety of local, regional & national track meets, other sporting events, concerts, educational experiences and other events. The facility features 90,000 square feet of floor space with a 4,000 seat, 200-meter banked indoor track and competition areas for all jump, vaults and throws. The indoor track’s Mondo hydraulic floor can be lowered to provide space to add a stage and floor seating to host concerts and other events like robotics conferences. Additionally, the complex includes a 4-lane mini-bowling alley, an interactive rock-climbing wall, and a multi-purpose space to be used for educational programming for the Louisville community. The Russell neighborhood was chosen purposefully to encourage investment and growth in Louisville’s West End, a historically black neighborhood. SportsTravel Magazine has ranked #2 among world-wide venues to “keep an eye on.”

Louisville Slugger Field: Instead of sitting on the sidelines during the 2020 canceled season of the Triple-A Louisville Bats due to COVID-19, the stadium took the opportunity to undergo a $7 million-dollar renovation to bring fans new amenities including additional bars and concession areas, social area offering multiple entertainment options, four-tiered lawn seating area down the right field line, expanded playground, wider concourses and a new premium seating area with padded theater-style seats behind home plate. Additional improvements include new LED boards and extended netting to the field which is more than 20 years old. All improvements plan to be complete this summer. The stadium, which offers expansive views of downtown, has been among the top 10 list of Best Minor League Ballparks according to USA Today.

Lynn Family Stadium: After a delay in opening due to COVID-19, July 12 marked opening day for the largest soccer-specific stadium in the region with 11,600 seats for a capacity of 15,304 utilizing the safe-standing supporter section, expandable to 20,000 with additional construction. The $65 million state-of-the-art stadium is home to both Louisville City Football Club and a new National Women’s League Soccer team, Racing Louisville, which is launching this year. The stadium boasts 18 luxury suites and premium seating amenities like club and loge seats. The facility is currently in the running for ‘Stadium of the Year’ through StadiumDB, up against international stadiums in Britain, Qatar, Japan, Australia and China among others.

Soccer training facility: After breaking ground August 4, the facility is anticipated to be complete spring of 2021.Sitting just two miles from Lynn Family Stadium, the training facility will house the operations for both Louisville City FC and Racing Louisville FC, as well as serving as a site for a youth soccer academy. The center will encompass 30,000 square feet with three natural grass fields and four turf fields. Stadium lighting will allow for play at night, and the club plans to make the facility open to other community events. In addition to locker room spaces for the pro clubs, the facility will include gym and workout areas, a kitchen, dining hall and media room.

Louisville focuses heavily on sports tourism—especially youth sports—and having the right infrastructure to attract those industries is a key asset for growth.

“The addition of the Norton Healthcare Sports & Learning Center is invaluable in aiding efforts to add to our city’s core sports market,” said Doug Bennett, Senior Vice President of Convention Development for Louisville Tourism. “As our destination product continues to improve, additional sports tournaments and youth groups are being attracted to Louisville, raising our profile nationally.”

Says Cleo Battle, Chief Operating Officer of Louisville Tourism, “The addition of this new center represents tremendous growth in Louisville’s under-represented West End while the venue gives Louisville Tourism another instrument to continue positioning the city as a regional and national site for sports events.”