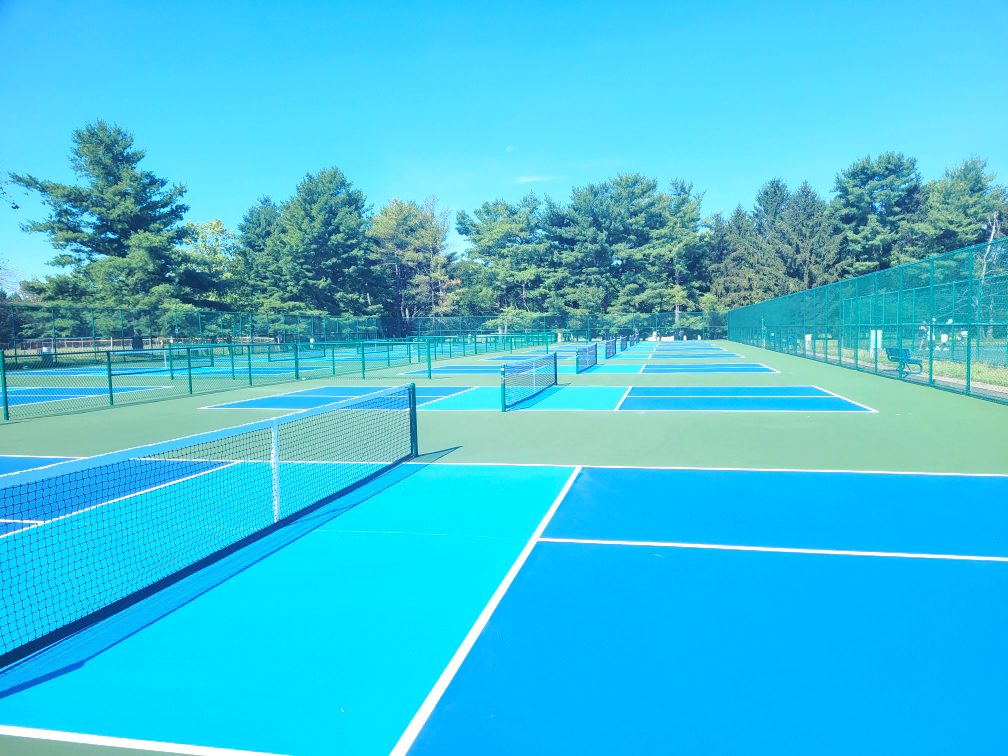 The Tom Sawyer State Park Foundation, a nonprofit organization that exists to support the park, will host a grand opening celebration from 9 a.m. to 2 p.m. on July 17. The festive atmosphere will include booths with pickleball gear and information, food vendors, music and inaugural play on the new pickleball courts. Professional pickleball player Riccardo Deller of Punta Gorda, Fla., will attend the event, greeting the crowd as an official pickleball ambassador and playing pickleball with attendees.

“Kentucky has long been a leader in providing outstanding recreation opportunities to its residents and visitors,” Berry said. “We recognize how important this Pickleball Complex is for family recreation as well as its potential to attract tourism dollars with regional tournaments that will make use of this complex.”

Demand for pickleball facilities is growing at a fast rate. According to a January article in The Economist, citing data from the Sports & Fitness Industry Association, pickleball is the fastest-growing sport in the United States. The article describes pickleball as a hybrid of tennis, badminton and ping-pong.

The tennis court conversion to pickleball courts was paid for by $100,000 in funding allocated by the 2020 Kentucky General Assembly. The legislation was sponsored by Adams, whose district includes E.P. “Tom” Sawyer State Park.

“I’m a pickleball player and tennis player myself. I know firsthand what a great sport pickleball is and how popular it has become,” Adams said. “It made so much sense to provide a facility like this to address the growing demand for courts. And the fact that the facility at E.P. “Tom” Sawyer State Park is large enough to host regional tournaments will pay off handsomely. The economic impact of tourism dollars will cover the cost of this investment in no time.”

Adams was contacted about the pickleball project by representatives of the Tom Sawyer State Park Foundation, a 39-year-old 501(c)3 organization. Foundation board member Lizz Neuteufel, an avid pickleball tournament player and tennis coach, brought the plan to the Foundation in late 2018. She contacted Adams, who pushed forward funding for the project.

The winning bidder on the pickleball project was Louisville-based Tennis Technologies. The company did most of the work in May and June with finishing touches being put on the pickleball complex in early July.

“We’re so glad the pickleball courts are finally ready to open,” said E.P. “Tom” Sawyer State Park Manager Nick Price. “The local pickleball community has been so excited about these new courts. We get lots of calls every day. We know these courts are going to be busy every day.”

Price said the park has lined up certified pickleball instructors to give lessons to people wanting to learn the sport and groups already are scheduling court time.

“We know lots of pickleball enthusiasts will be at the Grand Opening,” Price said. “We encourage others who don’t know about pickleball to come out on July 17 and learn about the sport from the many knowledgeable people who will be on hand that day.”

FUN FACT: According to The Economist article, Pickleball’s name is derived from a family dog named Pickle that kept running away with the ball while the three families in Washington state that created the sport in 1965 were playing the game.