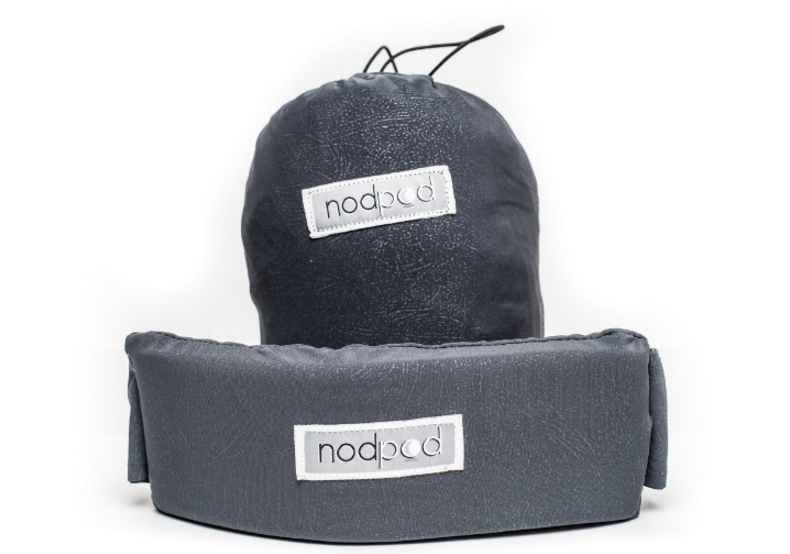 At 1200% over the initial Kickstarter goal, the campaign is already in the top 100 all-time for design category.

LOUISVILLE, Ky., Aug. 25, 2016 /PRNewswire/ — The NodPod team announced today that their Kickstarter campaign has been wildly successful!  https://www.kickstarter.com/projects/1474114988/the-ultimate-sleep-travel-solution-nodpod.  The campaign showcases the patent pending NodPod travel pillow, the first product in history to solve the worldwide problem of forward head bobbing when sleeping upright. In addition, the NodPod is also a micro thin, lightweight travel blanket with an open back design to allow the traveler the ability to put it on in a seated position while covering them from head to toe.

“We are very excited about the campaign response,” said Paula Blankenship, creator of the NodPod. “We knew we had a solution to everyone’s greatest travel dilemma, but are very grateful to receive the worldwide attention that this product has generated.”

The NodPod has been profiled in major publications and online throughout the United States, Europe,Asia, and Australia including Huffington Post, The Telegraph, TechCrunch, New York Daily News, NBC Today.com, BoredPanda.com, and a local news station, WDRB (http://www.wdrb.com/story/32824199/louisville-entrepreneur-creates-nodpod-to-help-travelers-sleep). This universal acclaim has prompted the initial production order by the NodPod team to be doubled, assuring those that ordering on Kickstarter will have their own NodPod before the holiday season.

Craig Cameron, President of the NodPod, is as excited about the success of the Kickstarter campaign as anyone. “After 30 years of very restless travel, I finally get to comfortably sleep on a plane, train or automobile,” says Cameron. “My only wish is that Paula had invented this product 20 years ago!!”

Customers wishing to purchase the NodPod need to preorder on Kickstarter before September 9, 2016.