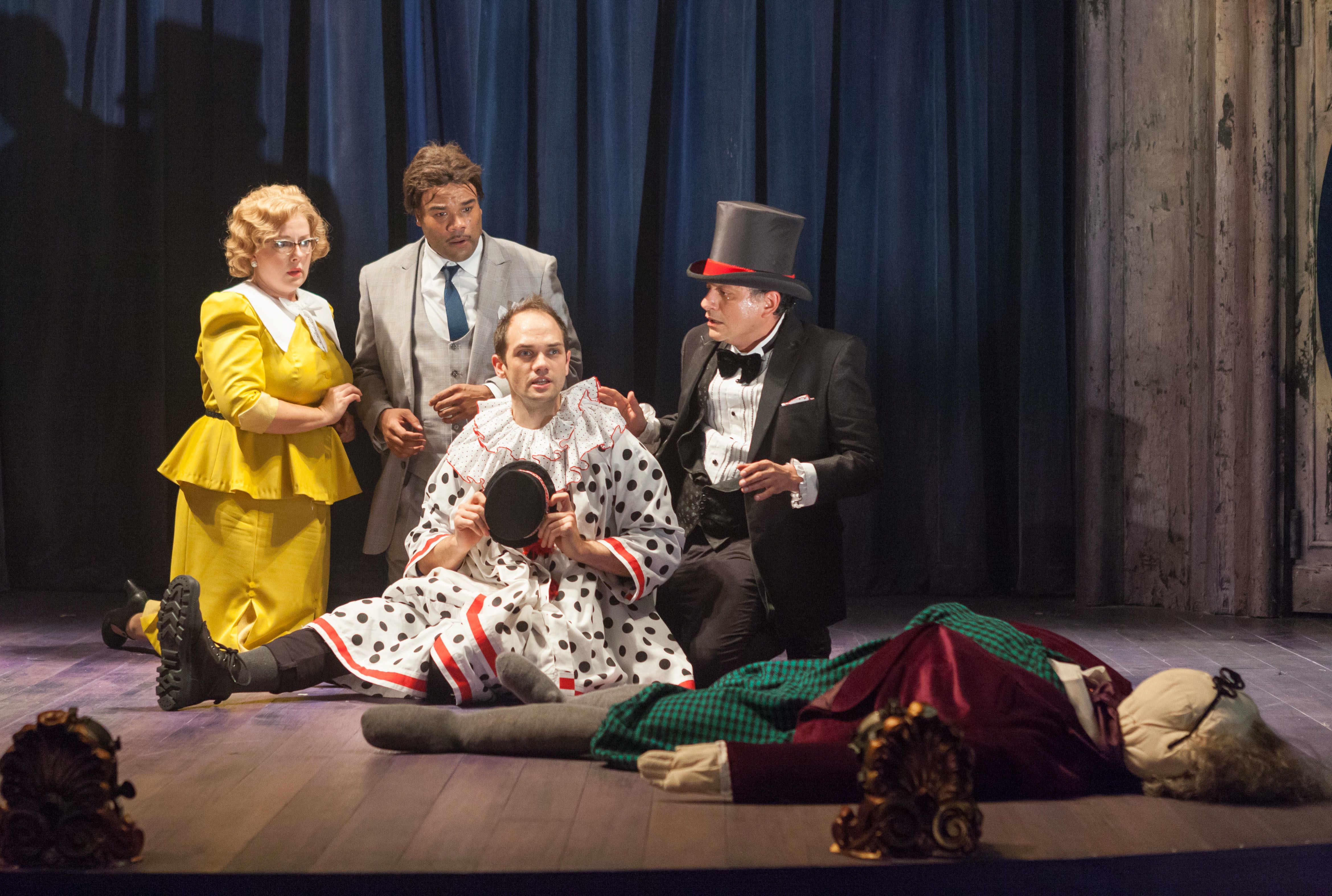 It’s amazing the play uses just four actors, because there are dozens of characters in a play whose pace alone is sometimes frantic. It opens with a short black-and-white film featuring the character Richard Hannay, played brilliantly by David Ryan Smith, who appeared in the 2014 and 2015 Humana Festival. A pair of clowns, played by Jesse Perez and Carter Gill, keep the comedy level high as they frequently change into different characters.

Zuzanna Szadkowski is the woman at the center of the story.

Hannay’s normal life in London is soon disrupted, thanks largely to the woman.

If you watch and listen closely, you’ll hear subtle references to Hitchock films like Psycho, Read Window and Vertigo.

The play is based on a 1915 story by British writer John Buchan, but gained fame when Alfred Hitchcock adapted it for a 1935 film.  The four-actor version of this play has been produced in many theaters, and has been described as “four people attempting the impossible.”

You can hear from first-time director Nathan Keepers on this episode of the Rusty Satellite Show.

You can see The 39 Steps through Sept. 17 at Actors’ Pamela Brown Auditorium. Check showtimes here.