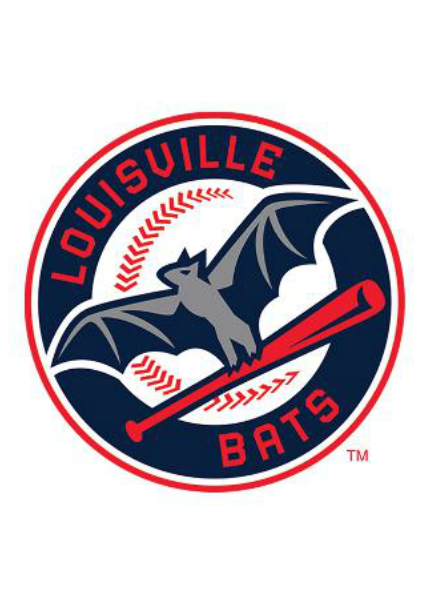 Tickets may be purchased at the Louisville Slugger Field box office on Preston Street, online at batsbaseball.com/tickets or by calling the ticket office directly at 1-855-228-8497. Regular hours for the Bats’ ticket office are Monday through Friday from 10 a.m. to 5 p.m. Fans purchasing online have the ability to choose specific seats for individual games and print their tickets at home for no additional charge.

The Bats upgraded the Club Level at Louisville Slugger Field during the offseason, replacing existing Club Level seats with premium seats that are padded on both the bottom and the chair-back. Club Level seats also include $5 loaded value for concessions or merchandise, access to the air-conditioned bar/lounge and exclusive restrooms and concessions for Club Level ticket holders.

The Bats will open their 2016 campaign with a seven-game road trip to Toledo and Columbus before Opening Night against Toledo at Louisville Slugger Field on Thursday, April 14. Opening Night will feature the first of nine $1 Budweiser beer happy hours during the 2016 season. First pitch is scheduled for 7:05 p.m. and gates will open at 5:30 p.m.

First pitch for the Thunder Over Louisville game on Saturday, April 23 against Indianapolis will be at 2:05 p.m. Gates will open at noon and fans purchasing tickets will have all-day access to Louisville Slugger Field amenities, concessions and restrooms. Thunder tickets range in price from $20 for lawn seats to $35 for premium seats and $45 for club seats. The ticket also includes an on-field postgame concert by The Personnel performing hits from the 1990s. Thunder fireworks are best viewed from seats on the first-base side. Visit batsbaseball.com/thunder for more information.

Giveaways in 2016 include three bobbleheads (Todd Frazier Home Run Derby Champion on June 17, Billy Hamilton/Vince Coleman dual bobblehead on July 23 and Ted Power on August 20) and four Bats hats (team hat on May 4, bucket hat on May 22, patriotic hat on July 2 and camouflage hat on August 7). The team card set giveaway will be August 19 and there will be two autograph days (April 17 and August 21).

Returning on August 6 for the first time since 2011 will be The Famous Chicken. Other performing acts include BirdZerk (June 3), Russian Bar Trio(July 22), Myron Noodleman (July 24) and The Amazing Christopher (August 5). Theme nights include Halloween Night (April 16), Star Wars Night (May 21) and Superhero Night (June 4). Additionally, there will be 10 Fridays with fireworks, plus the July 3 Zambelli fireworks show, and10 Kids Eat Free dates on Sundays (does not include July 3).

The Bats have averaged 8,827 fans per game at Louisville Slugger Field since its opening in 2000 and have totaled over 9.9 million fans through 16 seasons. Tickets for all regular season games are available. The entire 2016 Bats schedule, including updated promotions and special events, can be found at batsbaseball.com. Single-game tickets may be purchased online, by calling 1-855-228-8497 or by visiting the Louisville Slugger Field box office beginning March 1. Full and partial season tickets, along with group outings and suite rentals are available by calling the Bats front office at 502-212-2287.