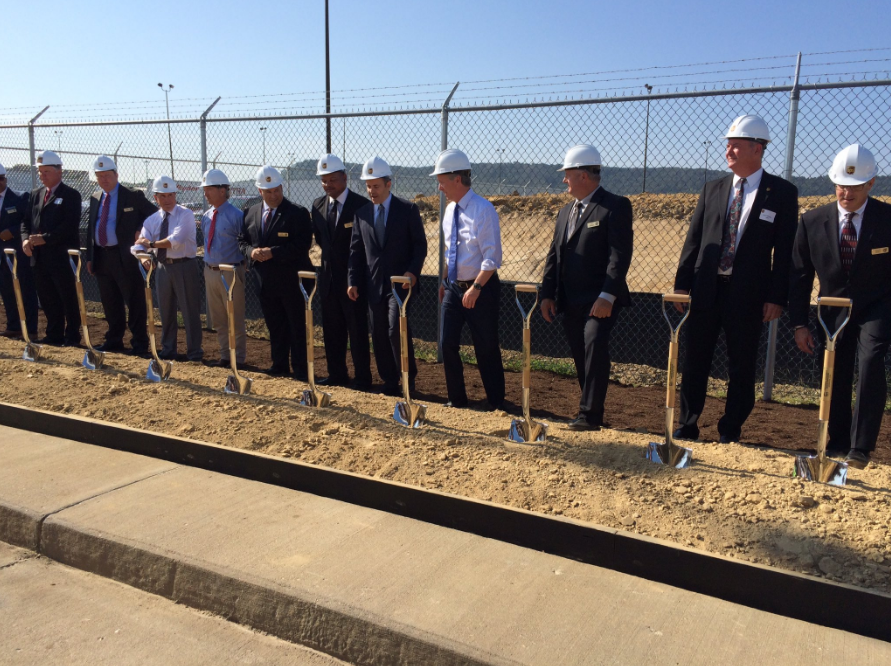 Company creating up to 300 jobs as it adds space, equipment to serve customers more quickly

“UPS is one of the major economic engines in the city and state,” said Fischer. “We are pleased that the company is continuing to invest to ensure outstanding service for shippers large and small.”

The more than 580,000-square-foot expansion will nearly triple the size of the UPS Centennial Ground Hub facility to 838,000-square-feet in response to increased eCommerce and traditional retail package volume.

“This expansion by UPS, a global leader in logistics and shipping, will further improve the speed and service that the company delivers to its customers. This investment by UPS also reaffirms Kentucky’s leading role among states as a hub for logistics and distribution excellence,” said Bevin.

The Hub’s proximity to the UPS Worldport at the Louisville International Airport allows UPS to provide end-of-runway express service to its customers in Louisville and surrounding areas.

Construction will take place in three phases and is expected to continue through 2020. The project will not affect current pickup and delivery operations.

“We are excited to have construction under way,” said Lou Rivieccio, president of UPS’ Ohio Valley District. “This project is a win for everyone involved. It will benefit our customers, generate jobs, and enhance economic development in Louisville and the surrounding region. Centennial offers UPS customers the advantage of being at the center of the world’s largest package delivery company. It is one of UPS’ most important facilities.”

UPS, founded in 1907, is headquartered in Atlanta. In 1975, UPS became the first private shipping company to serve every address in the lower 48 states. Initial construction on the Louisville Centennial Hub began in 2007, the company’s 100th anniversary, and it opened in 2008. Louisville is a vital point in the UPS express network, with approximately 2 million packages moving through the city each day to destinations in more than 220 countries and territories around the world.

Louisville’s central location and robust infrastructure make it ideal for companies like UPS’ ground and air shipping operations. A target industry, the logistics and eCommerce business sector employs more than 40,000 people in the region.