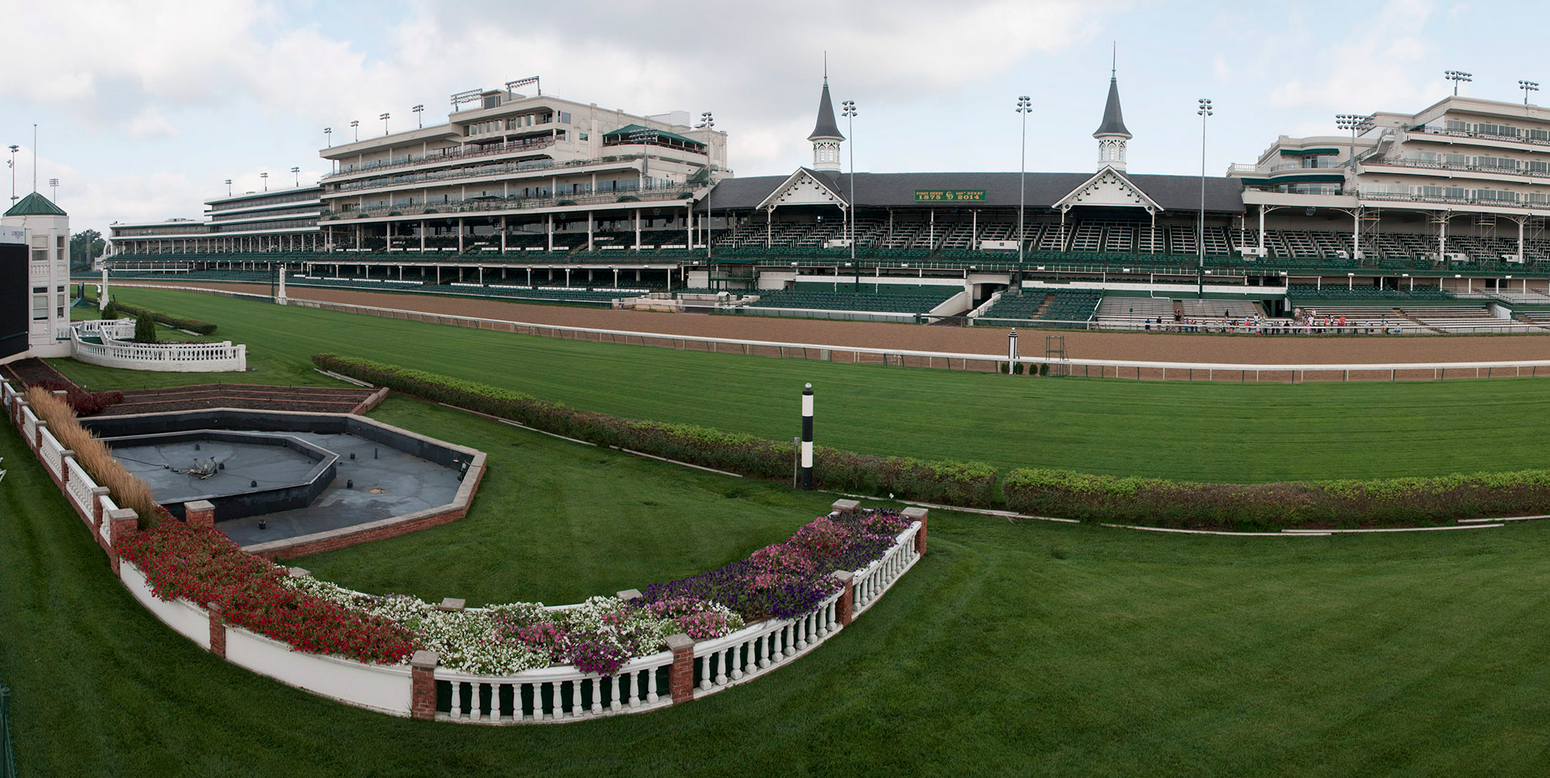 LOUISVILLE, Ky.,  – The next RIT Big Shot promises to be a beautiful photo finish when Rochester Institute of Technology’s longtime community photography project captures a spectacular nighttime image of a national icon –Churchill Downs Racetrack, home of the Kentucky Derby, in Louisville, Ky., on Saturday, Oct. 3, 2015.

The Big Shot relies on the participation of hundreds of volunteers to provide the primary light source for the image while RIT photographers shoot an extended exposure. It’s a signature event for RIT and is led by the School of Photographic Arts and Sciences, which is nationally recognized for its degree programs.
Often described as “painting with light,” the Big Shot asks volunteers to “paint” or shine their light source onto a particular area of the landmark while the photograph is taken. The light sources are usually either handheld flashlights or camera flash units. RIT organizers are hoping to engage hundreds, if not thousands, of volunteers to come out to participate and illuminate Churchill Downs, one of the most famous Thoroughbred racetracks in the world.

This year’s 141st Kentucky Derby Presented by Yum! Brands – the oldest continuously held sports event in the United States – drew more than 16 million television viewers on NBC and on-track attendance of a record 170,513.
“This is an amazing opportunity for RIT and we couldn’t be more thrilled,” said Michael Peres, associate chair of the School of Photographic Arts and Sciences and one of the Big Shot organizers. “We are excited to capture the beauty and the architectural nuances of Churchill Downs – from the historic Twin Spires atop the clubhouse to the famous Kentucky Derby winner’s circle.”
“We invite all of Kentucky and Southern Indiana to come out with their flashlights on Saturday, Oct. 3, and be part of something they will never forget,” Peres added.
Residents will join RIT students, faculty, staff and alumni for the photo, which will be taken after sunset on Oct. 3 – around 9 p.m. (all times Eastern) – regardless of weather conditions. Gates at Churchill Downs will open at 7:30 p.m. Volunteers are asked to arrive no later than 8 p.m., bring either a flashlight or a camera flash unit, and wear dark clothing. Volunteers will be broken into lighting teams and placed around the racetrack’s interior and in the grandstand by RIT organizers before test photos are taken and the final photo is captured.
“All of us at Churchill Downs are looking forward to being a part of this unique photo experience with RIT that will enable all to view our historic track in a completely new way,” said Churchill Downs Racetrack President Kevin Flanery. “Our track and the Kentucky Derby have long been important parts of life in our hometown and we’re confident that residents throughout our region will want to participate and enjoy this opportunity to be part of a once-in-a-lifetime event like the Big Shot.”
Since RIT started its Big Shot project in 1987, the event has traveled to several national landmarks and twice crossed the Atlantic Ocean. Through their viewfinders, Big Shot photographers have captured such landmarks as AT&T Stadium (formerly Cowboys Stadium) in Arlington, Texas; The Alamo in San Antonio, Texas; the U.S.S. Intrepid in New York City; Pile Gate in Dubrovnik, Croatia; the Royal Palace in Stockholm, Sweden; and the Smithsonian National Museum of the American Indian in Washington, D.C.
Nikon Inc., a longtime sponsor of the Big Shot, will be the event’s premier sponsor. Nikon is loaning high-end photographic equipment to capture the Big Shot photograph, which will be produced using three Nikon D810 bodies.
“It’s a privilege to partner with RIT’s School of Photographic Arts and Sciences and its efforts each year with the Big Shot photo,” said Kristine Bosworth, assistant training manager for Nikon Professional Services. “Our support of the Big Shot and the photography programs at RIT gives Nikon Professional Services a chance to show off our latest technology—all while giving back to photo communities around the country. Personally, the RIT Big Shot is one of the events I look forward to year after year.”
To learn more about the project and view photographs of past Big Shot images, go to https://www.facebook.com/RITBigShot orhttp://bigshot.cias.rit.edu/. The project also can be followed on Twitter at @RITBigShot.